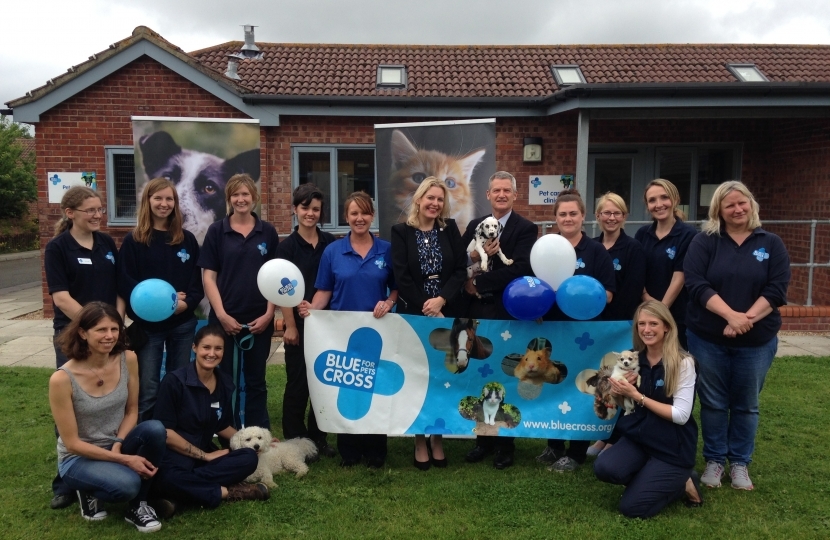 I frequently receive lots of correspondence regarding the Animal Sentience Bill.

As a long-time animal welfare supporter, I have received a lot of correspondence from constituents on this subject. I know that the RSPB are doing really great work to raise awareness of this cause and I have recently lent by support to their 'Let Nature Sing' Campaign. I also met with the Secretary of State for the Environment, Food and Rural Affairs, Michael Gove MP, to discuss environmental issues including biodiversity, ancient woodland, animal rights and the Environment Bill. Having worked alongside Ministers at his Department, I know how important it is that we protect our environment and care for the animals around us.

This year, I met with the team from Dogs Trust to reaffirm my support for ending the cruel practice of puppy smuggling and the abuse of the pet travel scheme. Having worked alongside Ministers at the Department for Environment, Food and Rural Affairs on this issue and as a dog owner myself, I know how vital it is that our pets are cared for properly. That is why I have also joined former Fair Oak Councillor, Steve Broomfield, who previously managed the Blue Cross animal charity’s flagship animal hospital, in welcoming the Animal Welfare (Service Animals) Bill as it passed Third Reading in the House of Commons. The Bill will give legal protection for the first time to service animals, such as police dogs, and has been named Finn’s Law, after a police dog that was stabbed multiple times after pursuing a robbery suspect.

I frequently receive lots of correspondence regarding the Animal Sentience Bill.

I have received a lot of correspondence from constituents regarding beer duty.

Many constituents have contacted me about the draft Environment Bill.

A number of constituents have been in touch about horse tethering. I support the highest standards of animal welfare and agree with you about the importance of protecting these gentle, sensitive creatures.