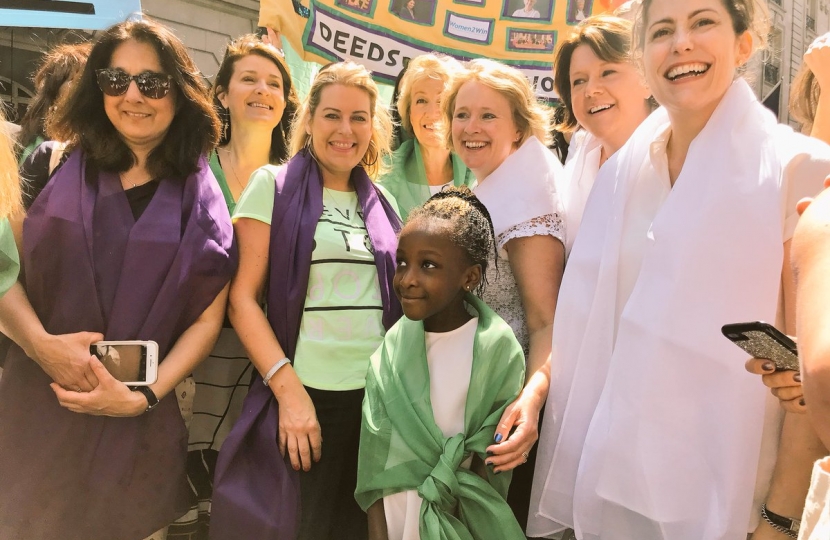 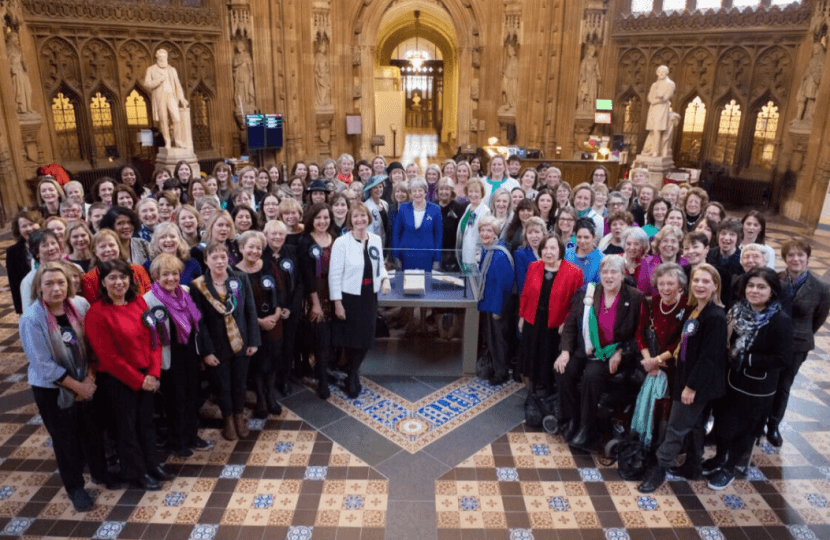 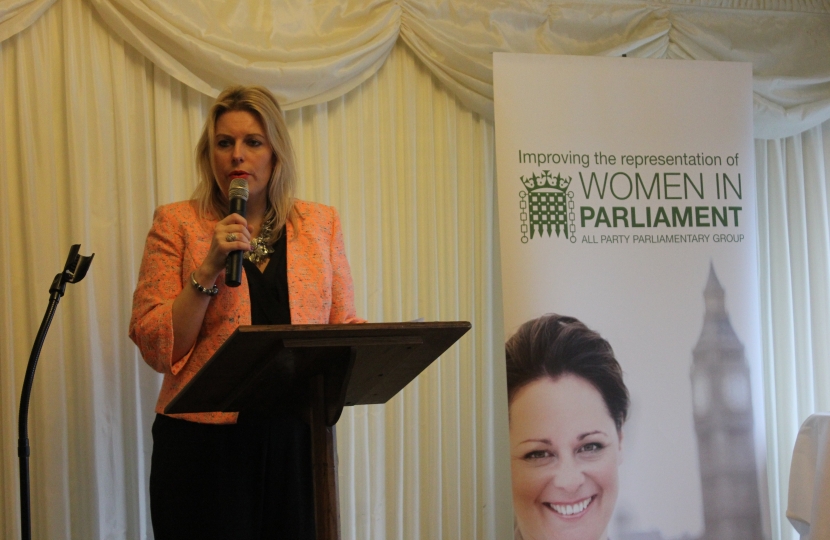 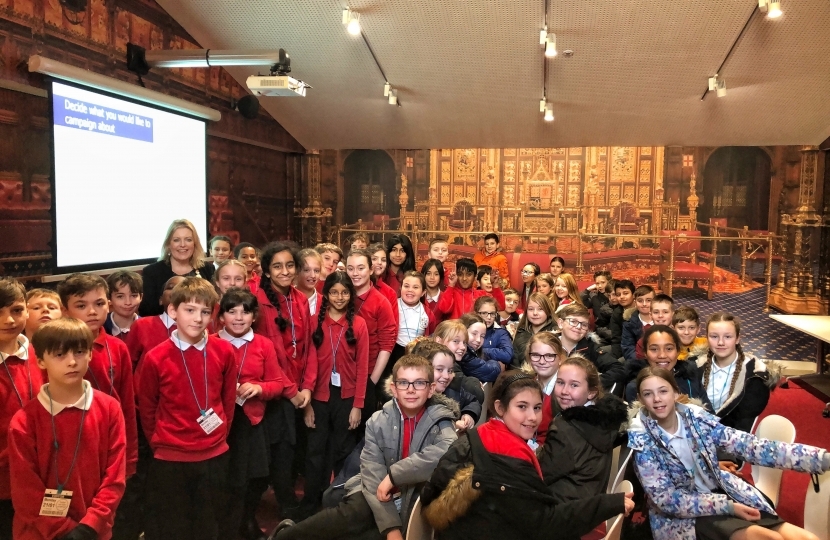 Mims is the proud to be the 380th woman elected to the House of Commons, and is the former Chair of the All Party Parliamentary Group for Women in Parliament.

The group aims to increase the number of women in Parliament in all parties, and to encourage women to get involved in public life. In the role, Mims was responsible for coordinating events and debates that promote women's issues.

Highlights of her time with the group include organising celebrations for International Women's Day, leading a debate in Westminster Hall on barriers for women in standing for roles in local and central government, and developing a mentoring scheme for young girls in conjunction with Lloyds Banking Group.

Eastleigh MP, Mims Davies – who was recently appointed Parliamentary Under-Secretary of State for Sport and Civil Society – completed her final Suffrage talk of 2018 at Hamble Primary School on Friday.

Today Eastleigh’s local MP, Mims Davies, and 17 year old Barton Peveril student, Rachael Vowden, came together in Parliament to mark one hundred years since some women won the right to vote, and stand in UK elections for the first time!

Eastleigh MP, Mims Davies - recently appointed Parliamentary Under Secretary of State for Sport and Civil Society - is today marking the beginning of Parliament week, which will see local schools and groups celebrate democracy and mark 100 years since the first women won the right to vote in UK e

Eastleigh MP Mims Davies – this week appointed Parliamentary Under Secretary of State for Sport and Civil Society - is only the 380th woman to be elected to the House of Commons, and the first woman to represent Eastleigh as its Member of Parliament.

Mims Inspires Women from all Backgrounds into Parliament

Eastleigh’s first female MP, Mims Davies, spoke at an event in Parliament on how and why she decided to run for election.

Mims Davies, MP for Eastleigh, attended the PROCESSIONS project in London on Sunday 10th June, representing her Eastleigh constituents with thousands of participants dressed in suffrage colours of green, white and violet.

Mims joined colleagues from across Parliament for the official unveiling of a statue of Suffragist, Millicent Fawcett.

100 years after women were given the vote, Eastleigh MP Mims Davies is offering a local young woman a significant opportunity to learn key political and business skills in a drive for equality in our modern economy.