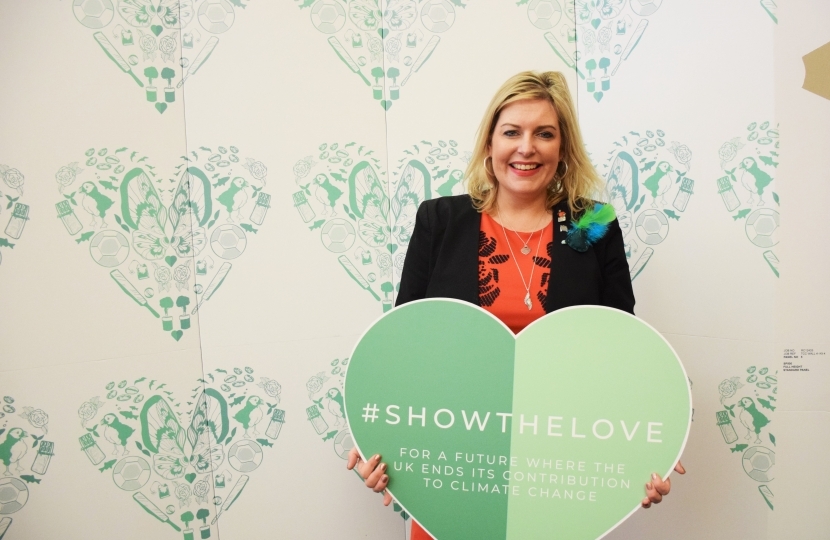 Thank you for taking the time to write to me about climate change. I have had many constituents get in touch regarding this issue, some as young as 10 years old and as Mid Sussex's local MP, I believe it is key that we do our utmost to protect our climate for future generations.

Climate change is one of the most serious long-term threats that this country and this world faces and I am proud of the Government's record on addressing these issues, particularly regarding air quality, which I know is a key local concern.

The UK has played a leading role as the world has worked towards a global deal to reduce greenhouse gas emissions through the Paris Agreement. Since 1990, the UK has cut emissions by more than 40 per cent while growing the economy by more than two thirds, the best performance on a per person basis than any other G7 nation. The Government's Energy Act puts Britain firmly on track to meet the 2050 target to reduce emissions of all greenhouse gases by 80 per cent and underpins the remarkable investment that the UK has seen in its low carbon economy since 2010.

The UK is a world leader in clean growth and the Government has invested more than £52 billion in renewable energy in the UK since 2010. The Industrial Strategy and Clean Growth Strategy identify and target the huge potential opportunity for the UK from clean growth and transition to low carbon economy, while the National Adaptation Programme 2018-23 sets out a strategy for dealing with the effects of a changing climate. The Government has also agreed to support and expand offshore wind and made the historic commitment to close all coal-fired power stations by 2025.

The International Climate Fund has been set up to provide £5.8 billion to help the world's poorest adapt to climate change and promote cleaner, greener economic growth. Through it, the UK works in partnership with developing countries to:

• Help poor people protect themselves from the effects of climate change

Government support has driven down the cost of renewable energy. Solar, for example, has seen costs fall by 35 per cent in the last three years. I believe that support should help low-cost, low-carbon technologies to stand on their own two feet, rather than create dependence on public subsidies, which ultimately drive bills up for consumers.

In addition, many constituents have raised the effect of Climate Change on species around the globe and I know strengthening protections for them is a shared passion for many in our area. You may therefore find it interesting to know that the Government has just announced it’s plans to ban wild animals in travelling circuses. I look forward to see this build on other measures I’ve worked on and supported such as the ban on Ivory Sales to protect elephants, and safeguarding our pollinators.

Thank you again for taking the time to write to me about this important issue and I will continue to update you on this matter.