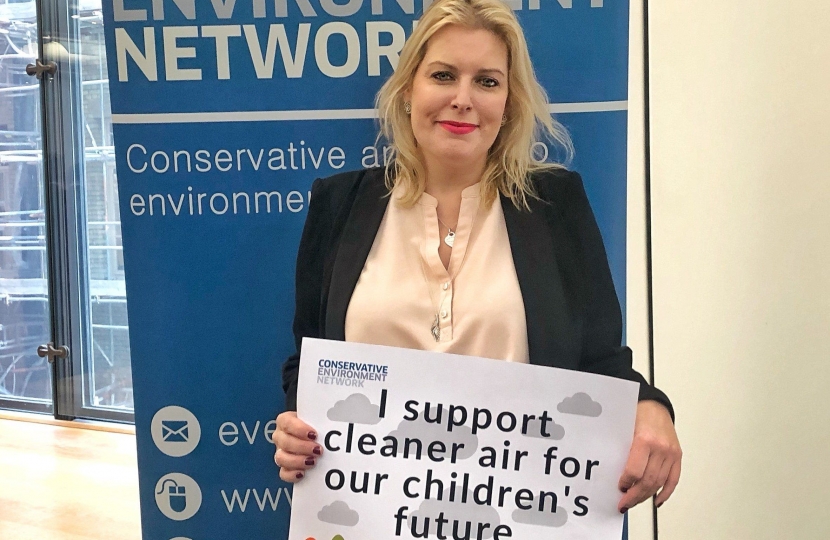 Many constituents have contacted me about the draft Environment Bill.

I recently met with met with the Secretary of State for the Environment, Food and Rural Affairs, Michael Gove MP, to raise some of the environmental issues that constituents have raised with me, including ancient woodland animal rights and the Environment Bill. I therefore recognise any concerns of those who have recently written in and would like to reassure you that as set out in the 25 Year Plan to Improve the Environment, the Government is committed to not only maintaining but enhancing the environment.

Many constituents have raised specific concerns around protections for trees and woodland. I have worked alongside Ministers as the former Vice Chair of the APPG on Ancient Woodland and Veteran Trees, and sat proudly on the front bench as a key Private Members Bill was introduced to the House of Commons earlier this year.

I therefore welcomed the new funding from the Government and the Woodland Trust announced just last month. Campaigners can start a much-needed update to the Ancient Woodland Inventory to record all ancient woodland sites in England.

I can assure you that the Government is committed to protecting our environment. In the 25 Year Environment Plan the Government is developing a Nature Recovery Network and, in the long term, to create or restore 500,000 hectares of wildlife-rich habitat outside the protected site series. I am encouraged that action is being taken to protect wildlife sites and to restore and create wildlife-rich habitats, and that investment is being made to aid species recovery.