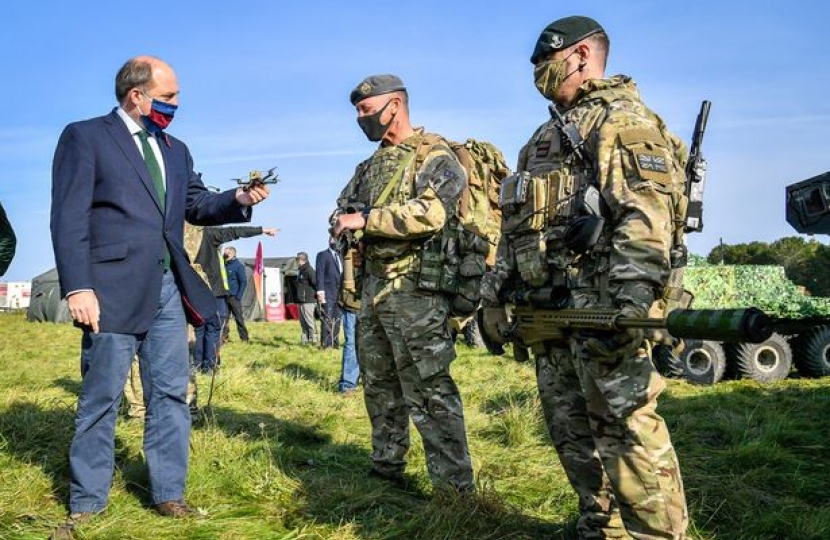 On Monday, the Second Reading of the Armed Forces Bill took place in the House of Commons. I wanted to take the opportunity to highlight to constituents how this new, important legislation will help ensure our brave armed forces personnel, veterans and their families are not disadvantaged by their service when accessing key public services.

Focusing on healthcare, housing and education, this legislation will increase awareness among public bodies of the unique nature of military service, improving the level of service for members of the armed forces community, no matter where in the UK they live. Our military protect British interests abroad and I believe it's important they receive the treatment and support they need and deserve when they return home.

Since the launch of the Armed Forces Covenant in 2011, many businesses have committed to offering either part-time or flexible working patterns to reservists, military spouses and partners. Many have also pledged to offer free training and to actively recruit veterans.  This is something I hugely welcome as Employment Minister.

Enshrining the Covenant in law also builds on a number of initiatives implemented over the last year to support service leavers and veterans. These include the Defence Transition Services organisation, which was established to assist those facing the greatest difficulties successfully transition to civilian life after leaving service. 800 GP practices in England are also now accredited as veteran friendly. This helps doctors provide extra support to ex-military personnel who may face additional challenges when returning to civilian life.

During the debate on Monday, the Secretary of State for Defence, Ben Wallace MP, said:

"This Bill is a good step in the right direction. It improves many of the things that in my day were not even really in existence. I served as a member of the armed forces under both a Conservative Government and a Labour Government. If we just consider the treatment for post-traumatic stress disorder—the transition and liaison service, the complex treatment service and the high-intensity service now delivered by the NHS for the mental welfare of our veterans—we can see that all that is much, much better; a step change from what it was.

“This Bill takes another step forward—it goes further—because clause 8 puts the armed forces covenant into law. As the right hon. Member for North Durham (Mr Jones) said, this has been a long journey. It started off with a charter, then a Green Paper, then it became a duty to report, and now this is a step forward whereby we will put a duty on a number of services to pay regard to the covenant.

“The Bill is also a step forward in improving the assurances around investigations, which many Opposition Members said during the passage of the Overseas Operations (Service Personnel and Veterans) Bill was something that is missing. It is about improving the quality and the independence of those investigations, alongside that of the prosecutions and the judiciary. It is about improving the training so that our soldiers—men and women of our armed forces—are never again in the position they were in in the early years of the Iraq war, where they were accused of war crimes when they thought they were simply doing what they were trained to do. That happened because the training had fallen far behind the development of the law and human rights legislation.”