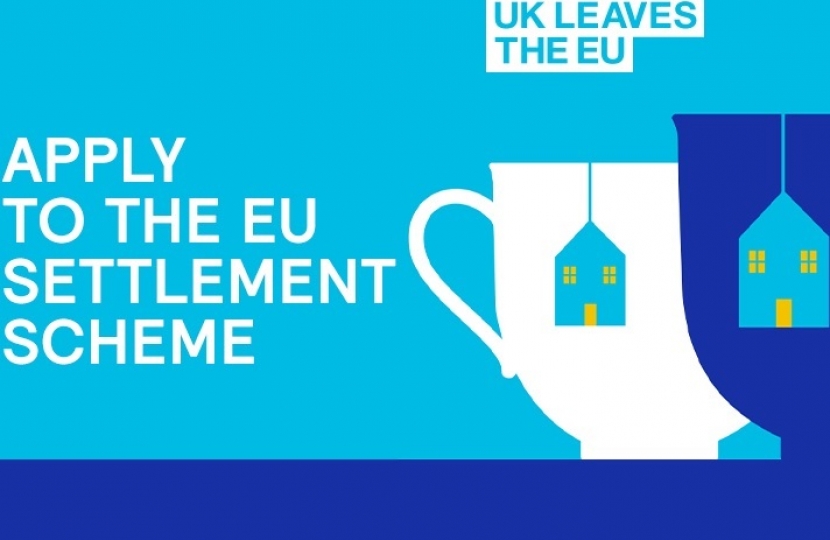 As Eastleigh’s MP I have consistently voted to deliver Brexit ON TIME.

I appreciate that the majority of people in the area, and the vast majority of businesses, simply want us to get on with delivering Brexit so that we can MOVE ON and regain certainty.

I do understand and fully appreciate some voters want still to remain and have not changed their minds either. But 3 years on this merry go round can’t continue. It’s divisive and continues to cause concern to me that if we cannot move forward this will increase and continue to undermine our communities and our Country.

As Eastleigh’s MP, this remained my continued mission, and when on last nights further indicative votes came before the House of Commons, I continue do everything I can to facilitate leaving the EU as soon as possible in a smooth and orderly way which I believe is the negotiated withdrawal agreement.

The EU have again have confirmed it this morning. It’s the only answer on the table and delivers the certainty we need and allows us to start the conversations on our future global partnerships and our EU future trading relationship.

Locally one concern that is raised with me regularly is providing certainty for EU citizens living in the EU and this is something that I have met with Eastleigh residents about both locally as well as in Parliament. The Withdrawal Agreement covers short term visas for work and travel and is another reason this deal works

Our commitment to our European friends has remained absolutely resolute throughout this process, and now the Home Secretary Sajid Javid reiterated a message that I have shared many times before - whatever the outcome of Brexit, we want our EU friends to stay. He did so while launching, after months of testing, the Government’s free EU Settlement Scheme. To find out more, please visit: https://www.gov.uk/government/news/home-office-launches-nationwide-campaign-for-eu-settlement-scheme

Ever since the EU Referendum result, I have always been clear that - as per the manifesto that I stood on in 2017 - my preference was for the UK to leave the EU with a deal. Getting this deal through Parliament would have meant that we would have left the EU on time, taken back control of our laws, borders and money, while also providing a basis upon which all sides of this debate could be brought back together, ensuring that the UK continues to have a close and meaningful relationship with our friends and neighbours across Europe.

Local people and businesses have been saying for weeks that they just want a Brexit outcome to be delivered so that we have certainty, and I strongly agree.

That’s why, as Eastleigh’s MP I have:

• Voted to KEEP leaving the EU on WTO terms on the table.

• Voted FOR the deal negotiated between the UK and EU.

I am therefore incredibly disappointed that the UK did not leave the EU on the 29th March, however, my continued mission is to ensure that we DO leave, and we leave as soon as possible.

The Prime Minister continues to have my FULL support, having worked tirelessly to take us out of the EU on time, as per the result of the referendum.

Unfortunately opposition MPs in a short sighted bid to take control themselves and reverse the decision - with an end goal of forcing the UK to remain in the EU - have thwarted progress at every turn. I deeply, deeply regret that MPs, led by Labour and the Lib Dems and now Independents have continued this game playing, delays and voted against delivering a smooth and orderly Brexit on time.

Despite this, I have been clear that, should MPs continue to frustrate delivering Brexit – as we have seen again this week – and no other alternative is available that properly delivers on the result of the 2016 EU Referendum, then I would support leaving the EU on World Trade Organisation rules on April 12th

I believe it’s absolutely NOT preferable outcome but we must try move forward and that is the default position now unless the withdrawal agreement passes.

Having worked as a PPS, Whip and Government Minister in varying Departments, I have seen first-hand the work that has been put towards No Deal preparations, and feel that we would be prepared to leave the EU on this basis. There are no easy answers here other than the Withdrawal Agreement and so I think this should concentrate minds!!

I know from my discussions locally as well as from my inbox that neighbours, friends and families continue to have conflicting views on Brexit. I continue to feel that the deal put before Parliament again at the end of week had the potential to end the division, and will continue to work to find a route forward.

As ever, I would like to thank all of those who have be in touch with kind comments and emails of support this week from all sides and for the understanding many show.