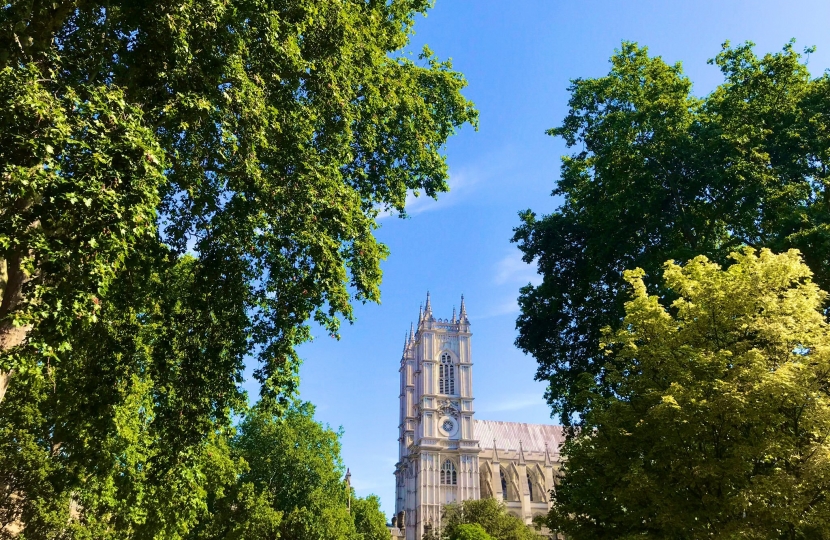 On Tuesday 23rd July, Boris Johnson was announced as the new Leader of the Conservative Party and Prime Minister. He has set out his priorities for the Government:

1. Getting Brexit done by 31 October, with a great new deal for Britain.

2. Making sure Britain is prepared for a no deal, as the best way to get a great new deal.

3. Making sure people start seeing the £20 billion in new NHS funding in their GP surgeries and local hospitals.

4. Hiring 20,000 new police officers and giving them the powers to keep our streets safe.

5. Properly funding our schools so that every child gets more guaranteed minimum funding, regardless of where they live.

6. Delivering a strong economy to fund the public services we all rely on.

I receive many emails and letters from constituents on a whole range of policy areas, including Brexit. That said, from these discussions and from the many conversations that I have had with constituents whilst out and about in our area, I know that people strongly want to see more police on the streets, more investment for our schools and local colleges, support for our health services and keenly want to see a smooth and orderly Brexit. The new Prime Minister has confirmed that he will deliver on these asks, plus much more besides, and he will have my full support in doing so.

We will shortly be going into a new spending review process and new Budget where I am very pleased these priorities can be recognised. We have seen our prudent stewardship of the economy reap the rewards and we are back in a position where we can put resources into areas that matter. This has been hard fought by all sectors and all communities have done their bit to help put our finances back on a sound footing following the legacy of the last Labour Party and its typical squandering.

The Prime Minister has announced plans to create a new, unified Whitehall structure to coordinate action across different departments, setting up three new Cabinet Committees which are meeting regularly to agree actions, sending a clear message that we will deliver Brexit on 31st October.

I have always believed that keeping No Deal on the table is key to achieving a good deal and delivering Brexit, and so welcome the Prime Minister's commitment to preparing the UK for leaving without a deal - only if necessary. I also welcome the Prime Minister’s clear commitment to work to achieve a better deal with the European Union “in the spirit of friendship” and I would like to reassure you that he has been clear that we are not aiming for no deal. I am very aware constituents maybe being led to believe this. I voted for the previous deal several times as I do want us to be on a footing for the next stage ideally with an agreed deal.

The Chancellor now has announced £2.1 billion to turbocharge preparations for a no deal Brexit to ensure we are ready to leave on 31 October. £1.1 billion is being provided to departments and the devolved administrations immediately and a further £1 billion has been made available, should it be needed. The Chancellor has also announced funding of 500 new Border Force officers – meaning we will have added up to 1,000 this year – to ensure we can keep control of our own borders. This was planned to be within our abilities if needed and it is now prudent to move forward this way. Businesses and communities need certainty and to plan for all options - that is what has continued to be made clear to me when speaking to many across the area.

I believe this new premiership absolutely provides an opportunity to unify our country and work with our friends and neighbours across Europe to get a deal that can command a majority in the House of Commons and I will work with the new Prime Minister and my colleagues across Parliament to achieve this whilst representing our area.

I do sincerely appreciate everyone who has been in touch to express their views from both sides of the debate and will continue to update you as we progress. I have always wanted a pragmatic sensible outcome where we can all come together regardless of how we voted in June 2016 and have been determined to try to deliver this outcome. If it had been the other outcome I would have supported and accepted this too.

I would urge all of my constituents to read the full debate outlining the Governments priorities for the UK: http://bit.ly/30VeAwC and for the latest Brexit updates: https://www.gov.uk/government/organisations/department-for-exiting-the-…

Thank you to those who have been getting in touch. I always appreciate thoughts, ideas and feedback from my constituents.