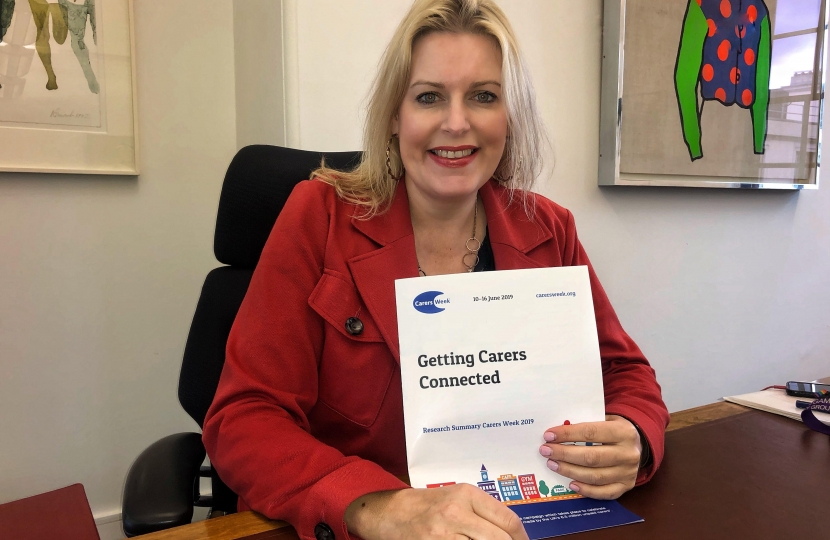 This year is the 25th Carers Week held to raise awareness and celebrate the contribution of the UK’s carers, with seven major charities coming together and ‘Getting Carers Connected’.

“One in eight adults in Eastleigh provide unpaid care and support to a family member or friend who has a disability, illness, mental health problem or needs extra help as they grow older. Locally I have been lucky enough to meet young carers and see first-hand the incredible support and respite services that One Community provides for carers across the Eastleigh area.”

“Carers play a vital role in our society and as a former carer myself, it has been a great passion of mine to raise awareness for carers across all ages. Both as Eastleigh’s MP, as well as a former Chair of the All Party Parliamentary Group on Carers, I have met with the most incredible carers and it is my pleasure to take any opportunity to show my support and appreciation for the tireless work that they do.”

More information about the support provided by One Community can be found at http://1community.org.uk/support-at-home/carers-respite.