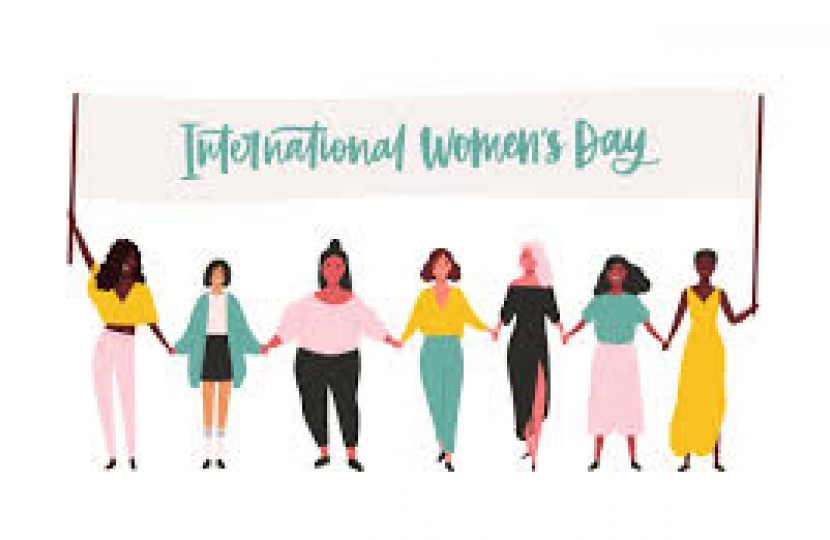 Since the first International Women’s Day gathering was held in 1911, and where shortly thereafter more than one million women and men attended IWD rallies campaigning for women's rights to work, vote, be trained, to hold public office and end discrimination, I am proud to say we have come a very long way.

Women in the workplace

Today, we celebrate the remarkable achievements and potential of women as professionals in the employment market.  Some significant examples include:

I passionately believe in supporting women in accessing and reaching their full potential in the workplace and I have tried to reflect this in everything I have done, and continue to do, as an MP and in my ministerial roles.  For example, as Employment Minister, I was pleased to answer a question posed to me last summer by a fellow MP on female entrepreneurs, informing them that since 2011, the New Enterprise Allowance (NEA) in the DWP has supported over 54,000 women to set-up a new business.

The full Q&A can be accessed here: Females: New Businesses

In 2018, we celebrated the centenary year of women’s suffrage, and in 2019, we celebrated the centenary year of the first woman to take her seat in Parliament.  There is currently a record of 220 women MPs in the House of Commons - at 34%, an all-time high - and five ministers in the current Cabinet (23%) are women.  As the current Minister of Employment, as well as previously being the Minister of Sports and a Party Whip, since I was voted as an MP to Parliament in 2015, I have felt honoured to be in a position to promote women’s rights and advancements.  I have taken part in, and led on, debates in the House of Commons, worked cross-party with MPs focused on improving gender balance in politics and society, and have discussed female issues more widely to inspire women and girls in public service (links to my contributions are below)

I am proud our Government is supporting women through the awarding of £400,000 of funding to organisations, which enables women to get involved in democracy and politics. This was part of a £1.5 million fund to mark the centenary and initiatives such as Women2Win, which I have closely been involved in.  In addition, #AskHerToStand, are also working to select more women by providing support and advice to women who wish to enter Parliament.  In this spirit,  I found it incredibly valuable this week to participate in an event with my DWP ministerial colleagues, during which we discussed and challenged stereotypes in the workplace, which included a Q&A and the opportunity to share our own experiences.

One area which has been close to my heart for a long time is standing up against domestic abuse and enabling women suffering from abuse to re-enter the workplace.  This is why, as the Employment Minister, I have been thrilled to collaborate across Departments on “The Employers Domestic Abuse Covenant” initiative.

This week, in honour of International Women’s Day, I was proud to be part of an online discussion with the mentors & mentees of the Accor’s ‘For Women By Women’ mentoring programme,  an initiative organised in partnership with Employer Domestic Abuse Covenant (EDAC).  ‘For Women By Women’ provides women affected by domestic abuse with tailored support to help take the next step in their careers – a critical support package which will aid women affected by domestic abuse, helping the, to enter, or re-enter, the workforce.   As part of my role as Employment Minister in the DWP, I have been privileged to promote and support EDAC, which was jointly launched by the DWP and the Sharan Project.   Work Coaches at DWP Jobcentres are actively supporting survivors of domestic abuse and helping to address the unique challenges they face in the workplace, or in getting back into work. More information on this programme can be found here.

In addition to the above example, I am very glad the Government is taking this issue very seriously and, across all Departments, is investing more in programmes to tackle the causes and consequences of abuse, as well as introducing new legal obligations – backed by £125 million - for local authorities to provide support for families in safe accommodation, such as refuges.

Internationally, I am proud the UK has proven itself to be a global leader in efforts to eliminate violence, exploitation and abuse of women and girls in all its forms whilst remaining unwavering in the defence of women's and girls' right to live free from violence. This commitment is something I wholeheartedly support.  The UK's leadership supports the UN and national governments to eliminate all forms of Violence Against Women and Girls (VAWG) including Preventing Sexual Violence in Conflict (PSVI). This includes the largest single investment to help end Female Genital Mutilation in the world to date.

In September 2020, the FCDO launched the tender for a new £67.5 million programme to scale up effective interventions to prevent VAWG across development and humanitarian contexts, and to continue expanding the evidence base as a global public good. This is the largest investment by any donor government in programming and research to prevent VAWG globally.

Crucially, I believe representation enables women to fight for their rights, creates female role models, and leads to legislation which tackles gender inequalities. This is why I want to see the proportion of public appointments going to women increase across the board, not just in Parliament, but across all industry sectors.   Ultimately, this means tackling the root causes of gender discrimination effectively and I remain passionate about working with my colleagues to do so.

On March 11th,  in the House of Commons, the General Debate on International Women’s Day took place, where MPs across the House considered how to call out gender bias and inequality, under the theme #ChooseToChallenge, which is all about encouraging everyone, not just women, to seek out and celebrate women’s achievements.

In addition, I made my first appearance on Question Time. The issue of safety on our streets and women and girls being heard on the fear and anxiety they may have in different situations was a strong theme. Women need to feel safe in our streets and I am confident this Government is committed to this pledge and the PCSC Bill is a key element to this.

I will continue to do everything I can through my role to ensure the ambitions and dreams of women across the UK can be reached, without fear of discrimination or unfair treatment.

Here are links to some of my contributions to relevant debates, as well as answering questions as a Minister in the House of Commons: