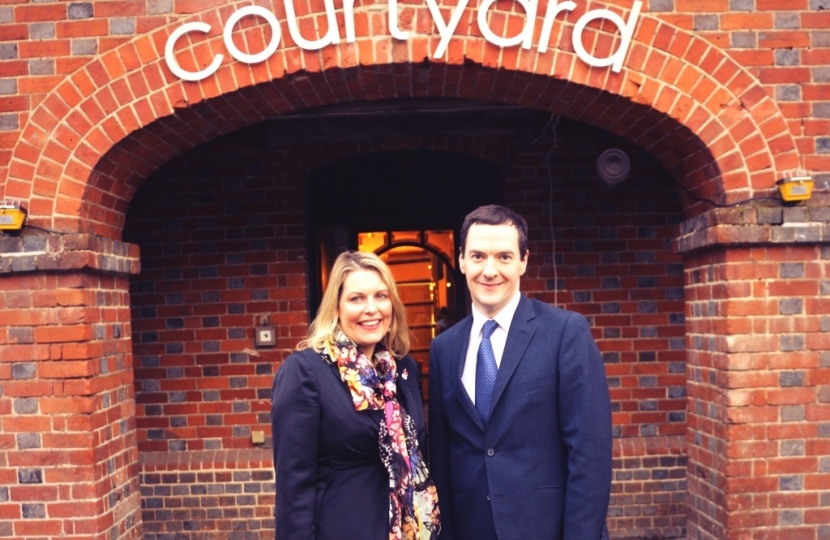 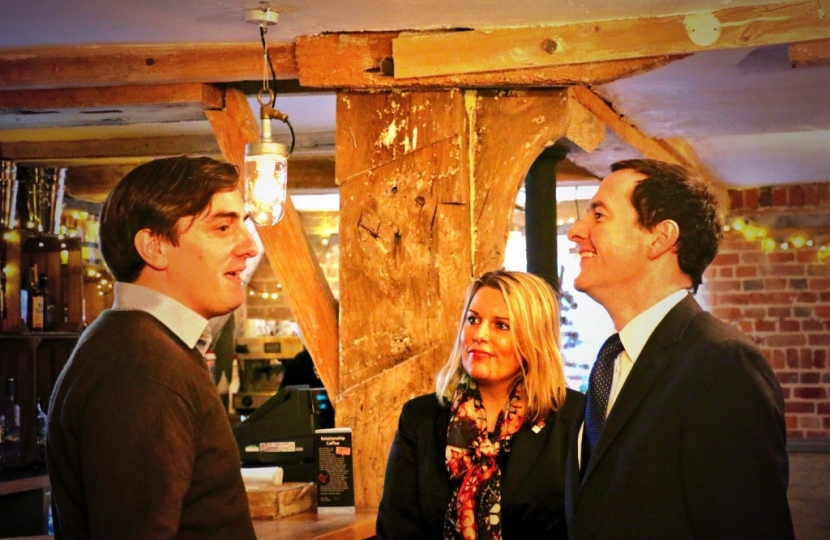 The Rt Hon George Osborne MP, Chancellor of the Exchequer met with older Eastleigh residents at the brand new bistro 'The Courtyard Kitchen' in Botley.

The Chancellor announced that there will be a higher fixed rate for savings accounts available to the over 65s which will pay market leading interest rates.

The Chancellor came to Eastleigh to announce that pensioners can apply for a one year bond which will receive an annual interest of 2.8 percent paid into their savings and a three year bond will pay an excellent four percent rate.

The Chancellor told local paper the Daily Echo "Pensioners in Botley had reacted well to the scheme". The Chancellor continued, "They were very positive about the pensioner bonds which have got really attractive rates of return and they were also excited about other changes that we are introducing".

At Botley Mills there are 40 businesses from new husband and wife start ups, to more established businesses employing many local people in thriving sectors such as print, publishing and retail.

Mims Davies says "A fantastic afternoon supporting a new business here at Botley Mills with the Chancellor annoucing this additional opportunity for savers to benefit from their hard work and sensible planning. I was delighted with the magnificant reception George Osborne received and the pleasing feed back from our invited over 65 savers from across Eastleigh". Mims continues "It was excellent to be so welcomed here at the Courtyard Kitchen by Glenn and his marvelous team. We really enjoyed some wonderful cakes along with our cuppas while chatting to the Chancellor as he made his important announcement for savers. It really shows this Conservative led Government will reward and support people with our long term economic plan. After the chaos, we have the competence of our Chancellor who has tackled the mess left behind by the previous Government and is rewarding those who have done the right thing".