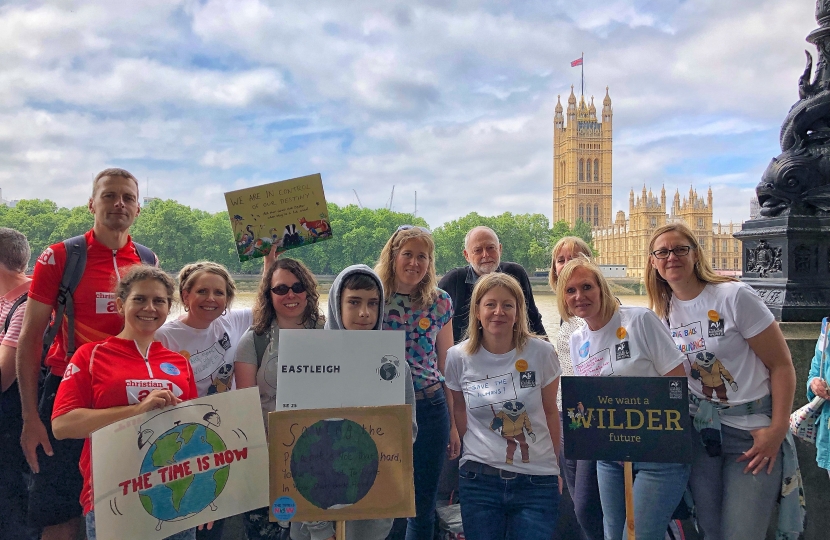 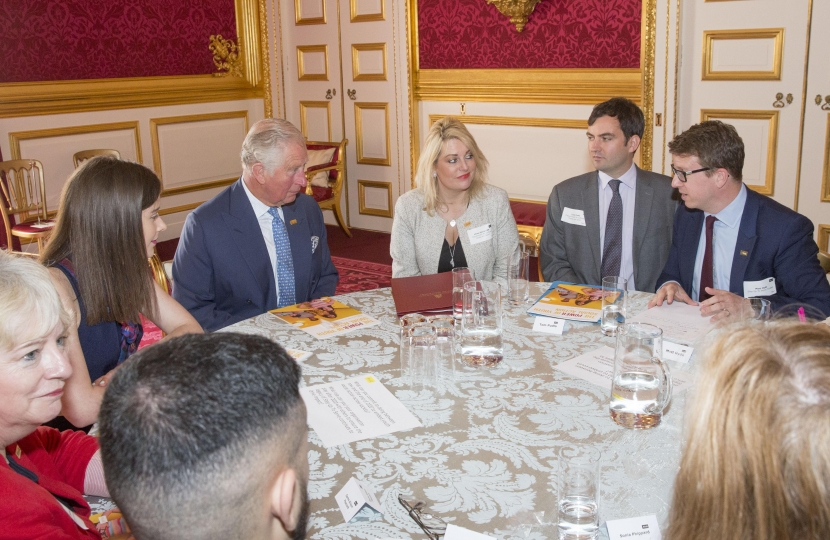 Today Eastleigh constituents joined tens of thousands of people from around the UK at the Climate and Environment mass lobby ‘The Time is Now’, to express their views on setting in stone climate change policies.

The lobby comes just days after the House of Commons unanimously agreed to Government plans to achieve net-zero carbon emissions by 2050, and as Eastleigh MP and Youth Minister, Mims Davies, met with the Prince of Wales to discuss the Prince’s Trust, highlighting the link between the environmental agenda and the youth agenda.

“Just this month Hampshire County Council recognised how important this issue is to people locally, declaring a ‘climate emergency’ and committing to ‘play its part’ in reducing the Council’s carbon footprint. It was therefore really pleasing that so many people from across the Eastleigh area, as well as across Hampshire, made the effort to travel up to London to take part in the mass lobby ‘The Time is Now’.

“As Eastleigh’s MP, more people write to me about animals and the environment - as well as tackling queues on our local roads to improve air quality - than anything else, and I absolutely agree that tackling climate change, safeguarding the environment, recovering nature and improving the air that we all breathe must be a priority.

“That is why, two days prior to the mass lobby, I was delighted to join colleagues across all Parties in Parliament to approve the Government’s plans to achieve net-zero carbon emissions by 2050.

“Our young people are absolutely at the heart of this issue, and so while I was really sorry not to be in Westminster today, I was incredibly honoured to represent the Government as Minister for Youth in a meeting with the Prince of Wales to discuss the Prince’s Trust, and highlight the key link between the environment and our young people.”