Covid Update re Schools and the Start of Spring Term 2021 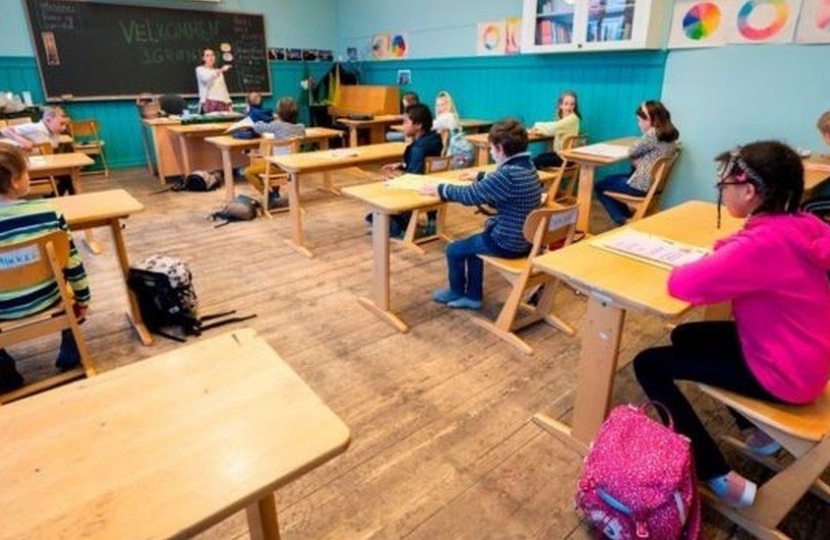 Yesterday, the Government announced we have strengthened our plan to keep education settings open and students learning in January, but have listened to, and considered, the concerns of schools and parents. It was key to do this after a positive Autumn term for the majority of schools, who were heroic in operating in such a challenging environment, but our youngsters were able to have a relatively successful term of learning.

It is so important they are fully supported and understood as matters change. The Government has been taking certain steps to counter the concerning spread of the new Covid-19 variant, which has been shown to be more infectious than previous strains of Covid-19. I have been on calls with both the Secretary of State for Education, Gavin Williamson MP, as well as the Minister for Education, Nick Gibb MP, yesterday evening and wanted to update constituents on the specific steps being taken.

The Government has been clear that, despite the pandemic, we always prioritised keeping our education settings open as widely as possible to prevent more severe damage being done to our children’s education and wellbeing. We don’t want to have to almost completely close schools, as we had to during the first lockdown. However, the transmissible nature of this new variant can’t be ignored, the R rate is increasing in local communities too sharply, so measures are being implemented in education settings to counter this. Despite these necessary measures, over 85% of schools will be welcoming children back to school next week.

Ministers have confirmed that, on January 5th, schools will be officially contacted regarding commencing regular, mass testing and two large, Government-led webinars have already taken place for schools across the country. 1,500 members of the military will help to set up these Covid-19 testing centers for schools through local response teams and the Education Secretary has confirmed this mass testing will begin in January. These webinars will continue, and advice is ongoing to our school leaders. We are incredibly grateful to them and fully recognise this challenge and know how difficult it has been for their teams.

My colleagues in the Department for Education reiterated to me that they do greatly understand schools are being asked to do a lot, particularly with the commencement of mass testing, and have been under massive pressures over the last 9 months. As well as the support from the military, an additional £78 million in Government funding has been provided to support schools and colleges with the costs of mass asymptomatic testing costs.

This is an extremely challenging and difficult time for our schools and after having had a relatively settled autumn term without having to take drastic steps, but this new strain has clearly caused a number of new challenges which we need to counter. These are further detailed below.

The Government’s plan to return children to school for the new term is as follows:

From the week commencing on January 4th, the following children will return:

From the week commencing on January 11th:

From the week commencing on January 18th:

Where contingency framework is in place:

To read the Education Secretary's full statement on this matter, which he made to the House of Commons yesterday, please go to https://www.gov.uk/government/speeches/education-secretary-sets-out-sch…