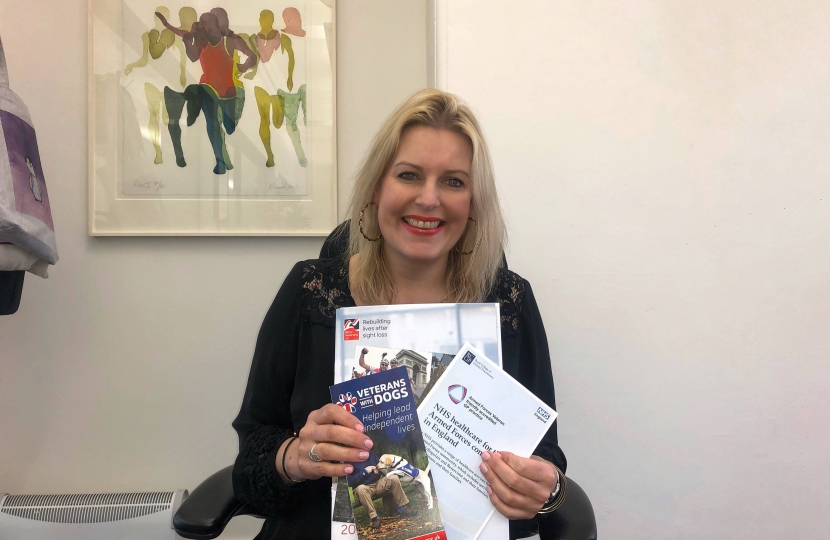 This week dozens of charities and organisations, all of them with links to supporting our armed forces, came in to Parliament to promote their work and to speak to MPs and Peers about the services they offer in support of armed forces personnel, veterans and their families. Among those in attendance were Help for Heroes, the Royal British Legion and the NHS.

One of the key themes of the parliamentary get together was the importance of the Armed Forces Covenant to ensure that all stakeholders are properly supporting members of the armed forces past and present.

“I’ve always been a keen supporter of military charities, and previously had the huge privilege of serving as a trustee for Building Heroes, a charity which aims to support veterans into employment. With over 120,000 unemployed military veterans of working age in the UK today we have to make sure that we continue to support these people who have served our country, and those who have supported them.

“That is why the Armed Forces Covenant is so incredibly important. We must look after our armed forces personnel, their families and veterans - as a nation we are indebted to the sacrifices they have made. At this time of year, it is particularly pertinent, and with this year’s 75th anniversary commemorations it is more important than ever that we support those who served and those related to them.

“As well as some of the best-known forces charities many of the other charities which support veterans and their relatives were also in attendance including ssafa which is the oldest military charity in the country, RFEA the armed forces employment charity and Veterans with Dogs who aim to support veterans by providing assistance dogs, specifically relating to PTSD and mental health issues.”