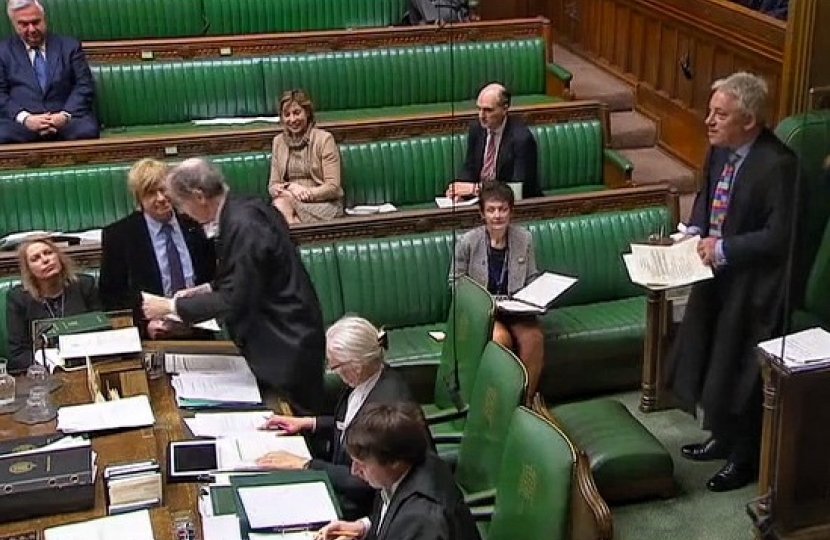 Yesterday the Member of Parliament for Eastleigh, Mims Davies, was on the front bench as a key Private Members Bill was introduced to the Commons, and which, if successful on its journey through Parliament, would ensure better mapping of ancient woodland of all sizes across the UK.

The MP for Eastleigh previously served as Vice-Chair of the All Party Parliamentary Group on Ancient Woodland and Veteran Trees, during which time she was successful in achieving the strongest ever protections for both ancient woodland and veteran trees within the new National Planning Policy Framework.

Commenting on this next step, the Eastleigh MP said:

“Protecting our local Ancient Woodland - which are often older than most churches and cathedrals and frankly deserve the same respect - is something that is really important to me and the communities I represent.

“I was really pleased that further to my time as Vice Chair of the APPG on Ancient Woodland and Veteran Trees, the toughest protections EVER were brought in to protect our trees...but there is more to do!

“That’s why I was on the front bench yesterday as fellow member of the APPG Michael Fabricant brought forward his Bill, which will ensure that woodlands of all sizes are included in an official, up to date inventory.

“This brilliant Bill will back up the work that I have carried out as Eastleigh’s MP alongside the Conservative Environment Network, Woodland Trust and the APPG, as well as local campaigners and constituents to protect our Ancient Woodland, while sadly some - such as Eastleigh Borough Council - plan to endanger them.”