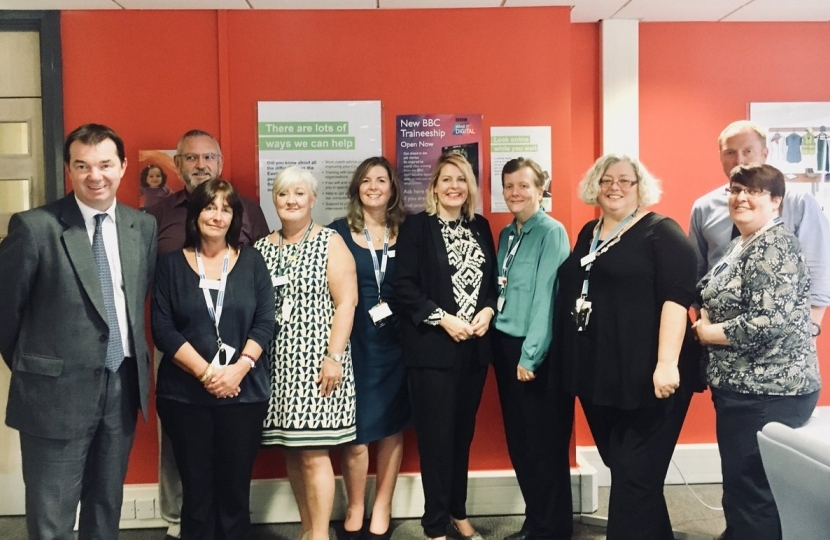 The Member of Parliament for Eastleigh, and recently appointed Minister for Employment, Mims Davies, has welcomed figures released today by the independent Office for National Statistics (ONS) showing that there is now a record number of people in work, including a record number of women and disabled people, while wages are growing at their fastest pace in 11 years.

The latest figures also brought good news for the Eastleigh area showing that the number of people claiming out of work benefits had dropped when compared to June 2019, with the total number of unemployed claimants in the Eastleigh constituency in July representing a rate of just 1.7% of the economically active population aged 16-64.

“I am delighted by these latest figures, showing that under the Conservatives in Government more people have a job and a good wage to support them and their nearest and dearest.

“These new figures are also really important for our local communities, and I welcome that in Eastleigh we have seen a drop in out of work benefits compared to figures released in June, with only 1.7% of the working age population in our area claiming out of work support.

“Nevertheless, there remains more to do, and I am confident that our economy can continue to create jobs, with the amazing and personable local advisors at our local Job Centre Plus which I had the pleasure of visiting last year – and the great team from Citizens Advice who they are now working alongside - supporting local people in to those jobs.

“Alongside my local team I was delighted to be a part of the initial working group supporting the creation of an Eastleigh Job Club, and as Eastleigh’s MP I’ll absolutely continue to support this and the vital work of staff and volunteers at Citizens Advice and Eastleigh’s Job Centre Plus, helping local people into work and the security and independence that this brings for families across our area.

“I am also really looking forward to representing HMG in Japan at the G20 at the end of this month, when I’ll be looking at jobs of the future, employment and job trends.”

• Wages: Average weekly earnings for employees increased by 3.9 per cent compared with a year earlier.