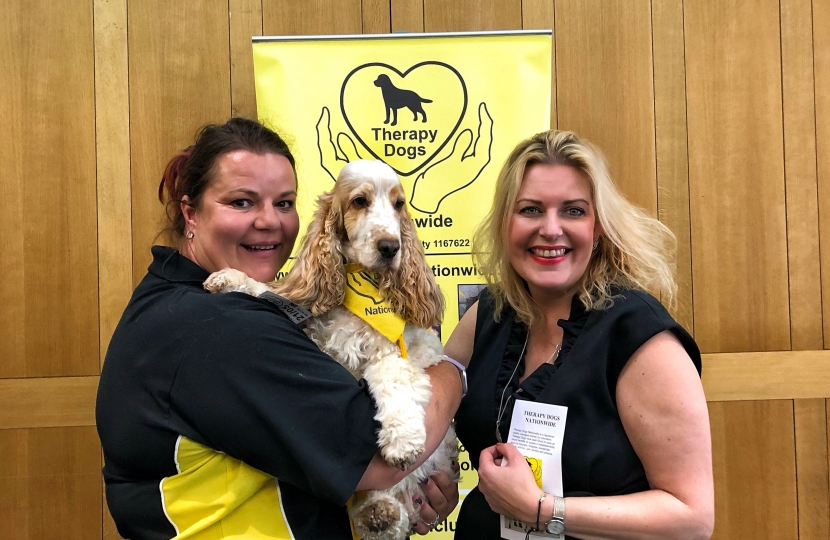 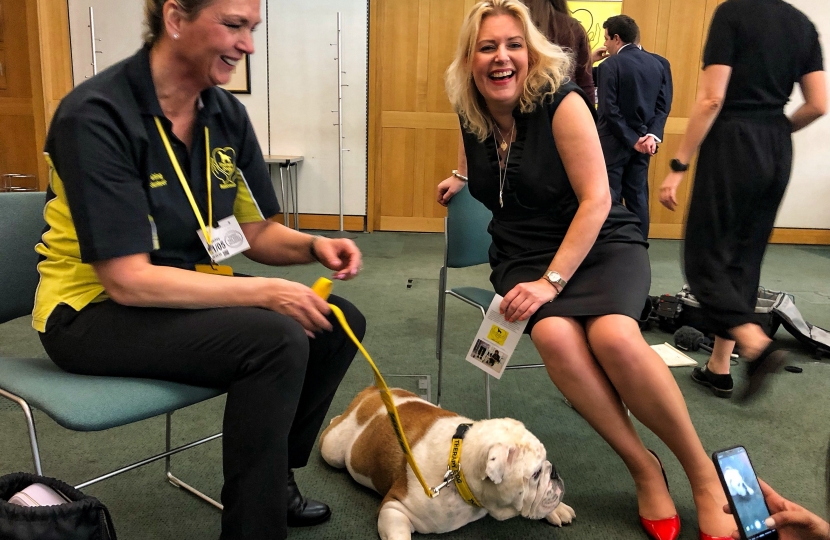 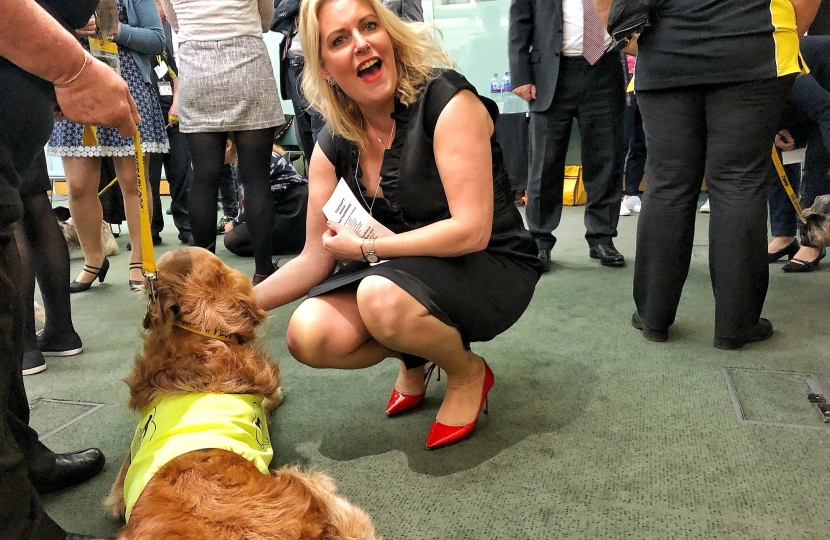 The Member of Parliament for Eastleigh, Mims Davies, has celebrated the role that national charity Therapy Dogs Nationwide plays in communities across the country during a reception held in Parliament this week.

Therapy Dogs Nationwide is managed entirely by volunteers who take ‘Therapy Dogs’ in to hospitals, hospices, residential homes, care centres as well as schools. The benefits of Animal Assisted Therapies have been extensively studied and the results range from improvement in general health and wellbeing to increased confidence levels, improved and controlled movement to improved communication skills.

“I have always been an animal lover and a believer that animals, and particularly dogs – appropriately known as man’s best friend – can have a really positive impact on both our physical and mental health and innovative new ideas to do this, such as by using Therapy Dogs, can help so many across our communities.

“It was therefore a real privilege to meet with the volunteers – and some of their furry friends! – in Parliament this week and thank them for all of the important work they do, and listen to some of their heart-warming experiences while supporting this key charity.”