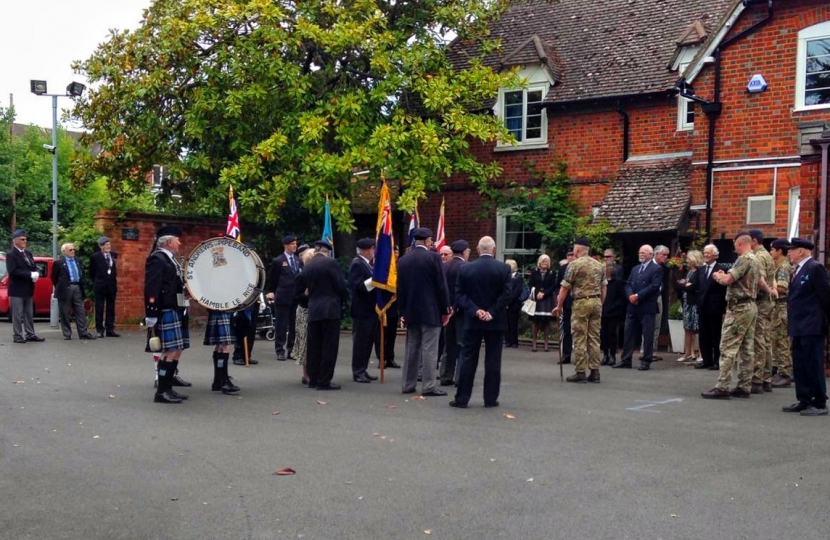 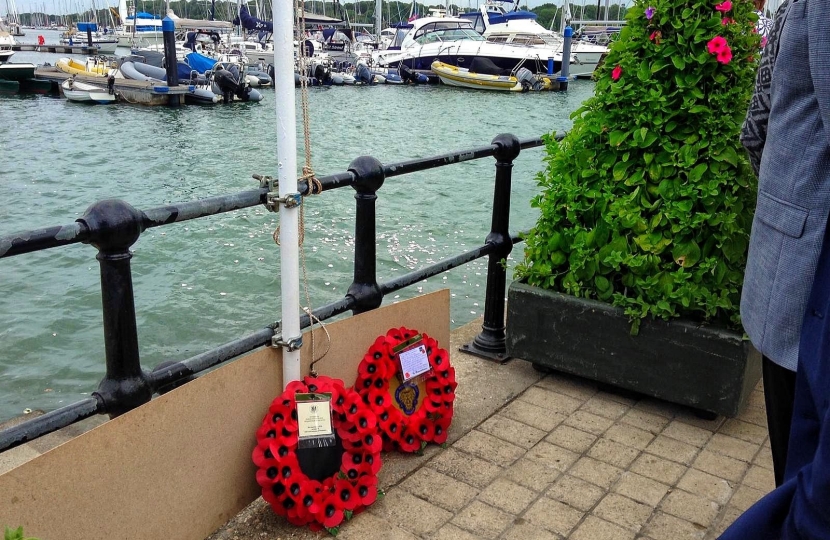 The Member of Parliament for Eastleigh, Mims Davies, has marked the 75th anniversary of the Normandy landings as constituents in Hamble held a commemoration. A parade was held from the Royal Air Force Yacht Club to the Foreshore Quay where the service was held.

Pupils from Hamble Primary School and Hamble school attended the event to read poems and passages in tribute to those who lost their lives on 6th June 1944, when 156,000 servicemen took part in what remains the largest amphibious assault in history.

“75 years ago, on the 6th June 1944, our brave armed forces alongside our allies stormed the beaches of Normandy, many of them making the ultimate sacrifice to protect and preserve our freedom and to liberate much of Europe and Germany from the tyranny of Nazi occupation.

“On the 75th anniversary of the landings it is vital that we commemorate those who are no longer with us, as well as celebrate those who are and their achievements. While I was unable to attend personally due to parliamentary business, I was delighted to have members of my team attending the service which was so well attended.

“On his way to the memorial service in Portsmouth the American President passed through Eastleigh, and I know that many, particularly those working at Southampton Airport, were rightly very proud that many foreign leaders left the UK via our local airport, including Air Force One.

“We must be in no doubt that we have an inalienable bond with the United States as well as friends and allies across Europe and around the world, and it’s particularly important that we remember that the foundations for the modern international order were laid that day and it’s poignant that so many world leaders were present on Wednesday to pay tribute to their fallen countrymen.”