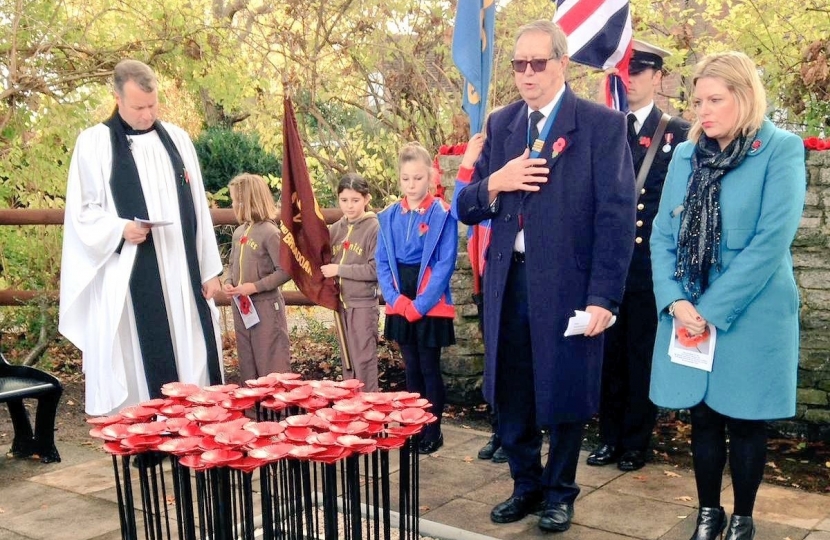 The Member of Parliament for Eastleigh, Mims Davies, has paid tribute to Eastleigh’s servicemen and women and all of those who support them ahead of Armed Forces Day 2019.

Armed Forces Day is celebrated on the last Saturday of June each year to commemorate the service of men and women in the British Armed Forces, first being observed as Veterans' Day in 2006. Armed Forces Day celebrations begin today with the Armed Forces Day flag being raised on buildings and famous landmarks around the country, while Reserves Day – which is marked on the Wednesday ahead of Armed Forces Day – again provided an opportunity for the country to recognise our Reserve Forces.

“During my time as Eastleigh’s MP I have been fortunate enough to see first-hand the incredible dedication of our serving armed forces, the devotion of our veterans and the determination of our cadets. Many people across the Eastleigh constituency have an armed forces background, and as we approach Armed Forces Day I absolutely pay tribute to the key role that servicemen and women past, present and future play in the defence of our country but also in the example they set to ALL of us.

“As Minister for Civil Society and former Trustee of veterans charity Building Heroes, I would also like to thank all of the amazing charities and people behind them who do so much to support our armed forces, as well as our fantastic reservists who we will celebrate on Wednesday.

“I am incredibly proud as Eastleigh’s first female MP that we currently have our first female Defence Secretary in the incredibly capable Portsmouth North MP Penny Mordaunt - who is herself a Royal Navy Reservist - and that spending on defence will grow every year of this parliament, something that I know my constituents absolutely support.”