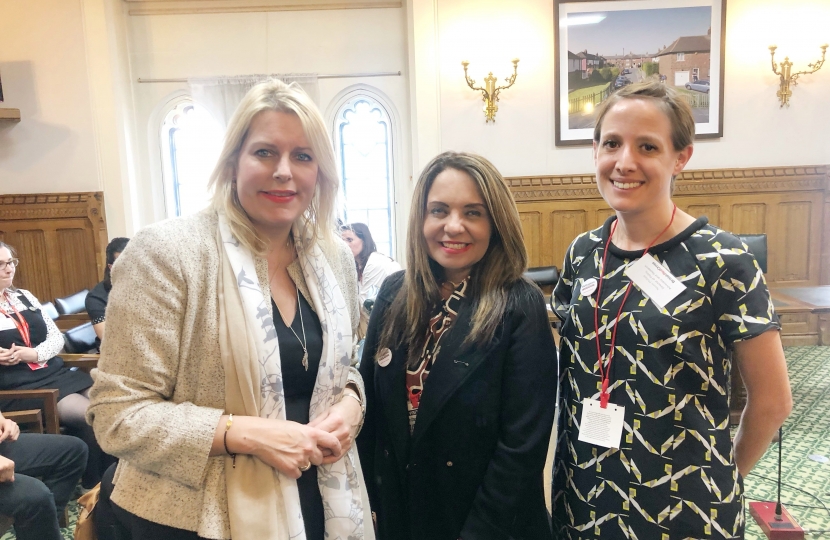 This week the Member of Parliament for Eastleigh, Mims Davies, attended the Red Cross’ Parliamentary drop-in to show her support for Refugee Week 2019.

The theme of Refugee Week 2019 is ‘You, me and those who came before’, and as part of the event, the Red Cross highlighted how people escaping war and persecution have been welcomed by communities in the UK for hundreds of years, and that as a result their stories and contributions are all around us.

“I’m proud both as Eastleigh’s MP, as well as Charities Minister, to work with the Red Cross to support those who are fleeing persecution, terror and tyranny across the world. We have a proud record of supporting the Human Rights of marginalised groups around the world here in the UK and the work that the Red Cross does is vital to helping these groups.

“During the event I had the huge pleasure of meeting with Nihola, a qualified doctor who was given asylum in the UK after fleeing persecution in Venezuela, and I am incredibly proud of the way that our country continues to play a key role in supporting refugees around the world.

“This year’s theme of ‘you, me and those who came before’ is really important - from the Jewish refugees of the 1930s to people fleeing Vietnam in the 1970s, Kosovans in the 1990s and those who come today; they are a part of our country and our society and I continue to encourage Eastleigh Borough Council to play its part through various churches and community groups who actively do what they can in our area.”