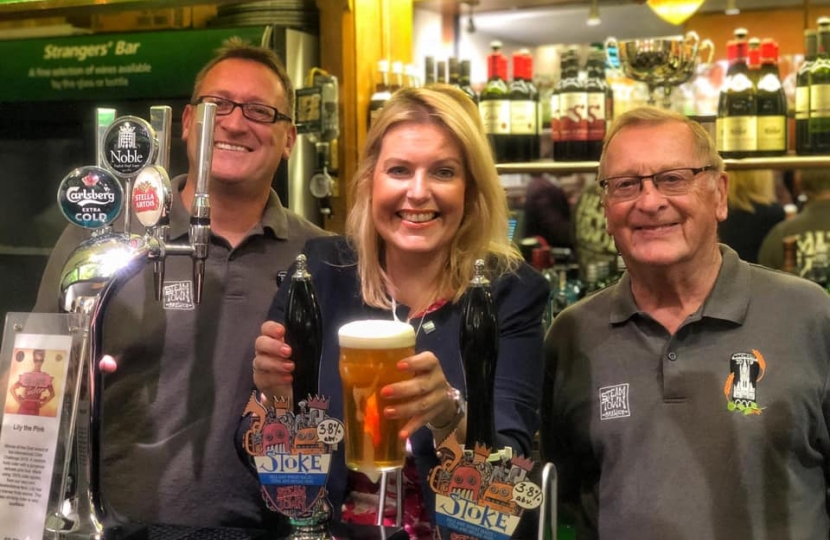 The National Pub of the Year awards which culminate in a National final at the House of Commons offer all MP’s the opportunity to nominate their constituency’s favourite boozer.

The main criteria for nomination is a pub that is great at what they do, this can include the range of beer or food provided, the dedication to serving the local Community or a specialism in Music or Sports.

“After popular demand on my Facebook page I’m pleased to announced that our nomination for Parliamentary Pub of the year is Eastleigh’s Steamtown Brew Company!

“This award is a fantastic opportunity to celebrate the pubs in our community and recognise the brilliant work that they are doing. Having previously met owners David, John and Duncan this summer and have their brew featured in the members bar in the Palace of Westminster, it’s fantastic to see so much local support”

“I’d like to thank those who voted to nominate Steam Town Brew, and as Eastleigh’s MP I was delighted to put this forward”.