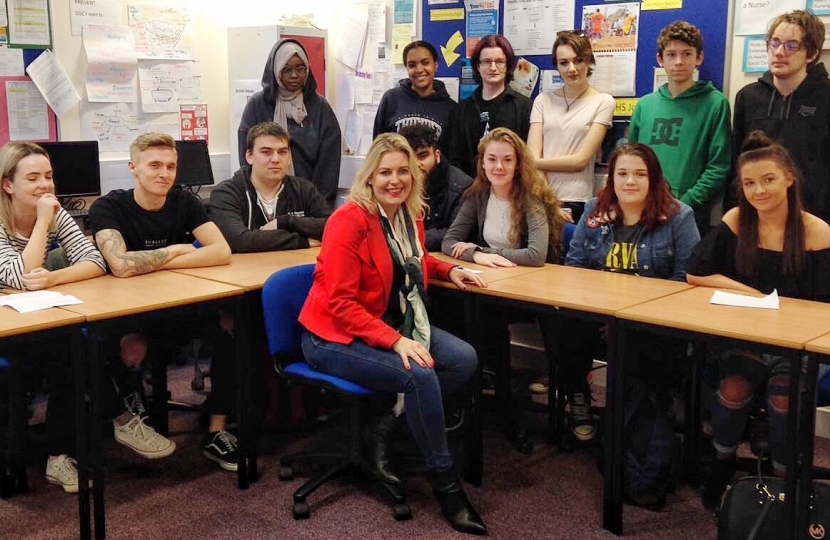 Eastleigh MP, Mims Davies - recently appointed Parliamentary Under Secretary of State for Sport and Civil Society - is today marking the beginning of Parliament week, which will see local schools and groups celebrate democracy and mark 100 years since the first women won the right to vote in UK elections.

Supporting the message to Engage, Explore and Empower, local schools and groups including pupils and staff from The Crescent Primary School in Eastleigh and the 3rd Chandlers Ford Brownie Pack have already got ahead of the curve visiting Parliament for a tour and meeting with local MP Mims Davies.  With members from the Youth Parliament sitting in the House of Commons chamber last week, democracy in action has already been experienced by many youth groups.

“I think it is really important that we encourage more young people to get involved in our democracy, and as only the 380th woman to be elected to the House of Commons, and the first woman to represent Eastleigh as its Member of Parliament, that includes encouraging more women to stand for public office and take on leadership roles.

“That’s why I’ve so enjoyed mentoring local constituent Katie who owns Kat’s Bakery in Bishopstoke. This was enabled through a scheme I started with Lloyds Banking Group as Chair of the Women in Parliament All Party Parliamentary Group, and is a great example of how this Parliament can help others, well outside of Westminster, including my constituents.

“I’m also really pleased to have kicked off my Suffrage Talks Roadshow at The Hamble School earlier this month, and I’m looking forward to continuing these with local schools across our area to celebrate Vote100, with my next stop at Norwood Primary School later this week!”