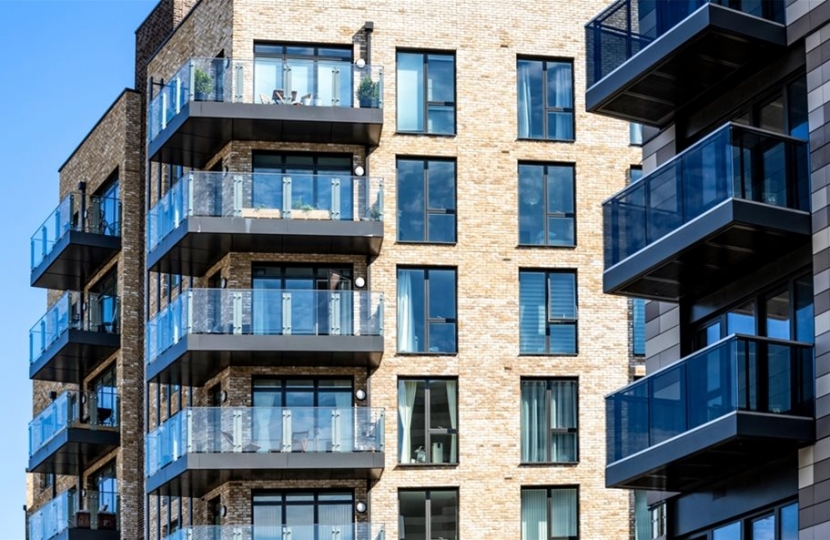 I wanted to update constituents now that the vital Fire Safety Act has gained Royal Assent, following the final debates and amendment votes earlier this week, which i want to go into in more detail below.

Over the last couple of months, several constituents have written to me to give their insights and thoughts on this legislation, as well as expressing their concerns about the above Act. I’ve had the privilege to learn about many of their personal situations and I wanted to share my latest thoughts, following the return of a particular amendment to the House of Commons earlier this week.

As described in my previous updates of the Act (which can be read here), the Fire Safety Act essentially aims to clarify responsibility for fire safety in buildings with more than one home and was instigated following the tragedy of the Grenfell Tower fire.

I want to firstly emphasise my understanding of how challenging the situation is for leaseholders and their tenants.  I know some constituents will be disappointed in me voting with the Government in the sitting earlier this week – something which I thought long and hard about before reaching this decision.

The main reason I voted as I did is because I have come to the conclusion, through scrutinising the Act, listening to the debates over the last year and talking with ministerial colleagues, the Fire Safety Act does not have the required legislative detail needed to underpin the proposed amendments from the Lords.  Indeed, throughout the Act's journey, the Government has emphasised the Act being a short, but critical Act to clarify that fire risk assessments are updated to take account of external walls and flat entrance doors.  In other words, this legislation is not built for this purpose of addressing remediation costs.

However, at the same time, I would like to stress that support is available in this regard.  As my ministerial colleague Christopher Pincher MP, Minister for Housing told MPs earlier this week:

“Government share the concerns of leaseholders on remediation costs, and have responded, as the House knows, with unprecedented levels of financial support to the tune of over £5 billion, with further funds from the developer tax, which the Treasury will begin to consult upon imminently, as well as the tall buildings levy. Developers themselves have begun to announce more significant remediation funds."

At the end of the day, amendments which have been introduced by the Lords would have resulted in significant delays to the implementation of the Fire Safety Act and the crucial measures it puts forward to improve the fire safety regulatory system. As my Ministerial colleague went on to say:

“If we do not resolve the Bill this week, fire assessments will not cover those critical elements of which I spoke, and they may continue to be ignored by less responsible building owners. Moreover, the fire and rescue services will be without the legal certainty that they need to take enforcement action. Ultimately, that will compromise the safety of many people living in multi-occupied residential buildings”.

Because of reasons given above, I voted with the Government against the latest Lords amendment, so that no further delays to this Act incurred.

As said, I have not taken these decisions lightly.  What I hope will encourage constituents is that the Draft Building Safety Bill, which I have been a part of in drafting, is already at an advanced pre-legislative stage. This Bill would include provision for the building safety charge which is designed to give leaseholders greater transparency about the costs incurred from maintaining a safe building. These costs would otherwise be recovered from the annual service charge as per the terms in most leasehold agreements. Furthermore, the Bill includes a number of protections, including allowing the Government to limit the scope of what can be recovered from leaseholders.

I fully recognise what a complex problem this is, which is why I have been encouraged by the Government’s actions.

Details about the Draft Building Safety Bill can be read here