Government taking action to clean up our rivers 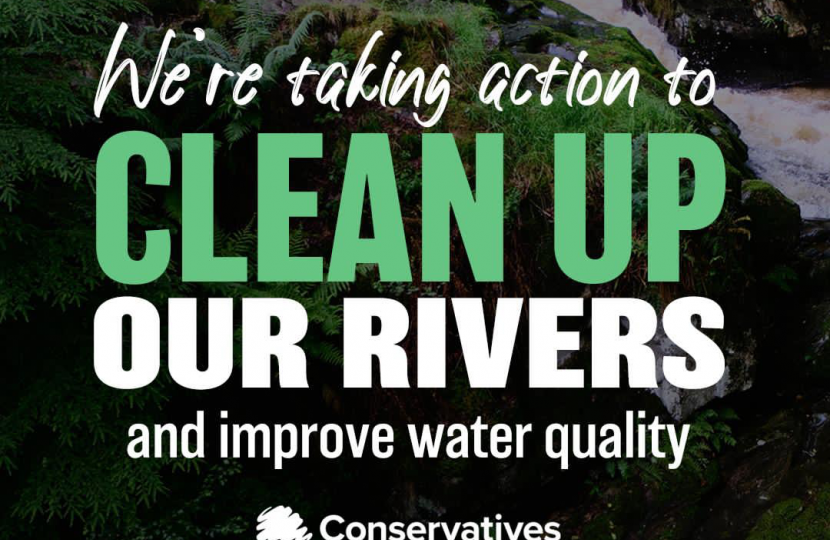 On Monday, my colleagues in the Department for Environment, Food and Rural Affairs confirmed we are putting new, unprecedented measures into law to reduce sewage discharges from storm overflows. These include new legal duties on water companies and we will reduce sewage discharged into waterways. This is part of our wider, ambitious agenda for a Green Recovery from this pandemic, which formed a central part of the Chancellor’s Budget earlier this month.

I know flooding, while relatively infrequent in Mid Sussex, can still be a real concern for some of my constituents where it is a real blight, so I know this will come as welcome news to those both in our constituency, and in parts of the country who suffer from flooding far more frequently.

Locally, I have a project underway in Burgess Hill on behalf of constituents who have approached me and who've been recently affected by surface flooding.  They have described how fearful they are each time there is a period of heavy rain, and how this will affect both their properties and lives.

In terms of specifics, these policies, which will be made into law, are made up of three key duties to oversee some of the changes needed to improve our water environment:

This follows work, which has already been undertaken, by our Storm Overflows Taskforce, which was set up in September of last year to bring together the Government, the water industry, environmental NGOs and regulators to make significant progress in this area, following far too many incidents of severe flooding, which was particularly evident early last year.

“Putting new commitments to improve our rivers into law is an important step forward to cut down the water sector’s reliance on storm overflows.

“This step is one of many – but an important one nonetheless – to provide greater protection for our water environment and the wildlife that relies on it.

“I would like to thank Philip Dunne for his commitment to championing this vital cause as we continue to work with him and others to make real progress in this area.”

Further information on this Taskforce, these new duties being put into law, and why we are taking these steps, can be found here https://www.gov.uk/government/news/measures-to-reduce-harm-from-storm-overflows-to-be-made-law