IDS MEETS THE CWO IN EASTLEIGH 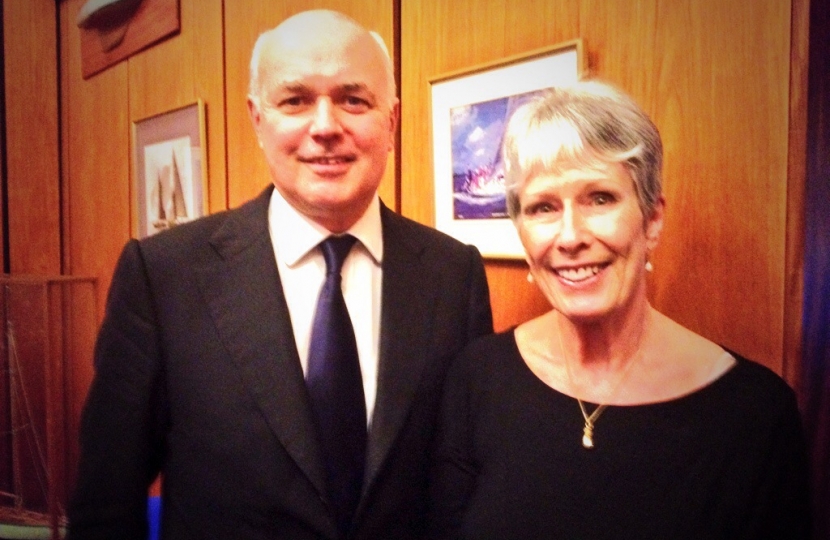 There was a 'Women and the Economy' debate in the Hamble hosted by CWO Southern Region Chairman Mims Davies and Prospective MP for Eastleigh.

25 women took part in a roundtable discussion about the economy and how women are supported in the various roles they undertake. It was hosted in the Hamble.

Rt Hon Iain Duncan Smith MP said "There are so many skills women have which they put into the economy not to mention the pressures they have to bear in balancing everyday living. This has given me plenty further to think about as I recognise the support they need in my work as Secretary of State for Work and Pensions".

Mims Davies said "The discussions were enlightening with very much heartfelt expression and insights in the fields the group had. We understand the support needed to help them undertake their duties, caring roles and commitments which does enrich our economy. We look forward to continuing to work with women across Eastleigh as they are given the opportunity to move forward in a thriving economy".