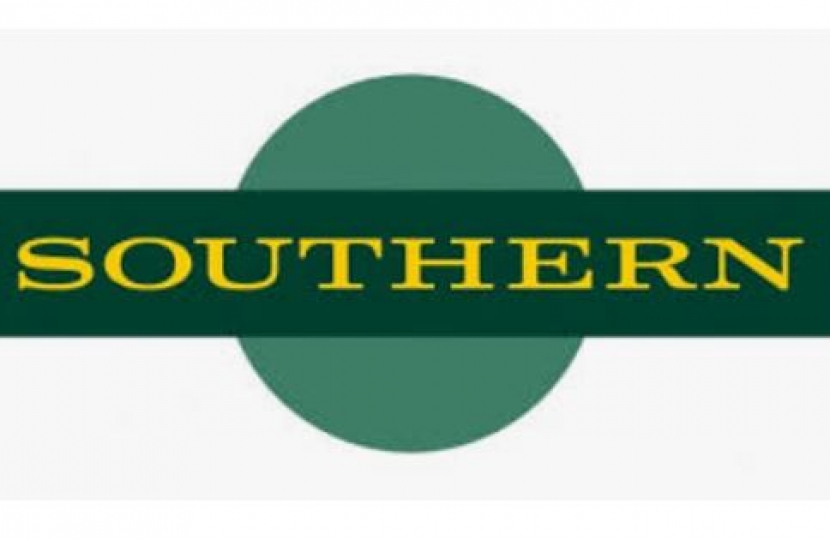 I have received today (30th Dec), as I expect many constituents have, the following urgent notice from GTR about changes to services from Tuesday 4th January as a result of high levels of staff absence due to Covid.  As a regular commuter into London Victoria myself, I fully recognise that this will cause disruption for many and it will be important to plan ahead which services are available.  I understand that the National Rail site has already been updated to reflect these essential changes and a summary of the changes is included below.

We are sorry to update you that Thameslink, Southern and Great Northern services will run to a reduced weekday timetable from Tuesday 4 January 2022 until further notice. Gatwick Express services will be suspended with trains and crew used to support Southern services.

We know this will be difficult for our customers and we are very sorry.

This change is in response to a significant reduction in traincrew, service planning, controllers and other critical staff availability as the rise in coronavirus cases sees more staff needing to isolate. We understand how disappointing this news is, and our colleagues are working to find the best possible solution.

By reducing the size of the planned service in proportion to the number of staff expected to be available, we reduce unexpected cancellations, which we know are frustrating to our customers, and provide greater certainty over which trains will and will not run so customers can plan their journeys.

However, with the limited time available, which is insufficient to design a new timetable, the only option available is to continue the weekday service that was planned to run between the 29th and 31st of December.

This means that trains will start and finish earlier than usual and will mostly run to Saturday-style timings.

Importantly, as this timetable was originally designed to support the closure of London Victoria, many Southern trains will remain on diversion, including to London Bridge. It means there will be no Southern or Gatwick Express service at London Victoria, Battersea Park, Clapham Junction or Wandsworth Common until Monday 10th January. Services will be progressively reintroduced from Monday 10th January.

Customers will need to allow additional time and may need to take alternative routes, such as travelling via London Bridge or taking a Thameslink train onto other parts of central London. Some school journeys may be affected, and we are working to add additional station calls and similar wherever we can using the information that stakeholders have helped us to develop over previous years.

Customer communications will start today to provide as much notice as possible, train times have been updated at www.nationalrail.co.uk

We will modify this timetable as best we can in response to feedback and will be in touch again during the week of the 4th January to detail changes to London Victoria services from Monday 10th January 2022.

A summary of the main changes for the week of the 4th January 2022 is below. From Monday 10th January, services will start to be reintroduced to London Victoria.

No services to or from London Victoria

There will be no Southern or Gatwick Express services at London Victoria, Battersea Park, Clapham Junction or Wandsworth Common. Southern services on the following routes will be diverted north of East Croydon to London Bridge:

In addition, Southern Metro services via Streatham Common/Streatham Hill that normally run to/from London Victoria will terminate at/start from Balham. There will be no direct service between Mitcham Junction and Balham.

Brighton to London Victoria Gatwick Express services will be suspended in the week of 4th January 2022.

Reigate to London Victoria services will remain on diversion to form an hourly service between Reigate and Tonbridge.

Caterham to London Bridge services via Tulse Hill will run and will split and join with another train at Purley to provide a service to Tattenham Corner on a half-hourly basis.

Services will run between Uckfield and East Croydon only every hour.

Two trains per hour will run on this route.

Two trains per hour will run in the Royston to London King’s Cross section of this route. One train per hour will continue between Royston and Cambridge serving Meldreth, Shepreth and Foxton.

Orpington to Luton – peak only

Peak only services between Orpington and Luton via Catford will not run.