‘It’s not about the blame game, but about learning the lessons’ - Eastleigh MP Mims Davies meets with Grenfell Survivors in Parliament 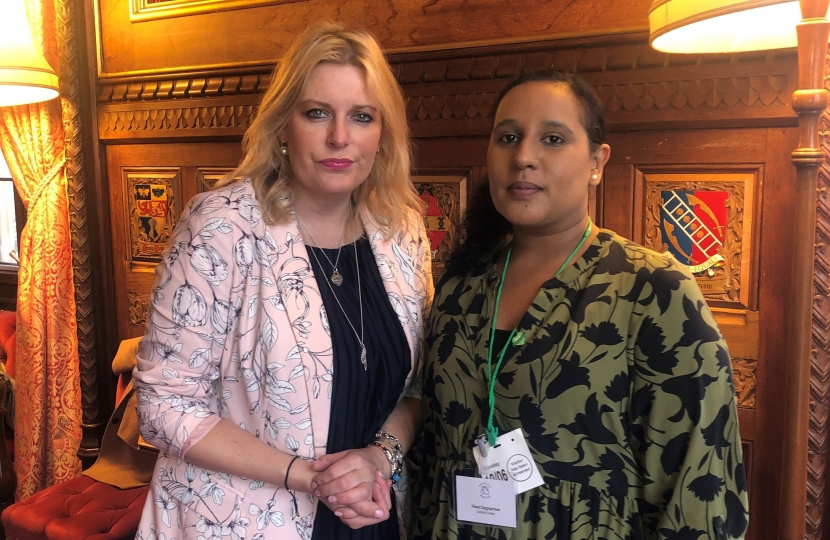 This week, the Member of Parliament for Eastleigh, Mims Davies, met with survivors of the Grenfell Tower fire two years on from the tragedy that claimed 72 lives.

The Grenfell Survivors, together with volunteers and representatives from Grenfell United came in to Parliament to highlight that while much has been done, there remained much more still to do, particularly in relation to preventing a similar fire in future. Statements marking two years since the tragedy were also held in both the House of Commons and House of Lords.

“It was incredibly sobering to meet again with survivors of the Grenfell Tower Fire. I first met with a number of them 6 months afterwards, while I was Parliamentary Private Secretary to the then Communities Secretary Sajid Javid and was touched by the cross-party approach taken to this issue.

“Those I met with on Monday, including survivor Hiwot Dagnachew, made clear to me that they were not interested in the politics or the blame game, but instead wanted everyone on all sides, in Government, in councils, and outside organisations to learn the lessons and bring about meaningful change to ensure that such a tragedy can never happen again.

“I understand that these people want to be able to move-on, want closure, but won’t be able to achieve this until long-term changes are achieved, including legislation following the Hackitt Review. I therefore welcome that, following that Review, the recommendations and consultation, the Communities Secretary has confirmed that such legislation will come forward before the end of 2019.”

Giving his Statement to the House of Commons on Monday, the Secretary of State for Housing, Communities and Local Government, James Brokenshire MP, confirmed that over £27.8 million of the nearly £29 million raised through the generosity of the British public has now been distributed, thanks to the Charity Commission.

The Communities Secretary also outlined how those affected are getting vital support from the NHS, with a further £50 million committed over the next five years to address long-term physical and mental health needs.