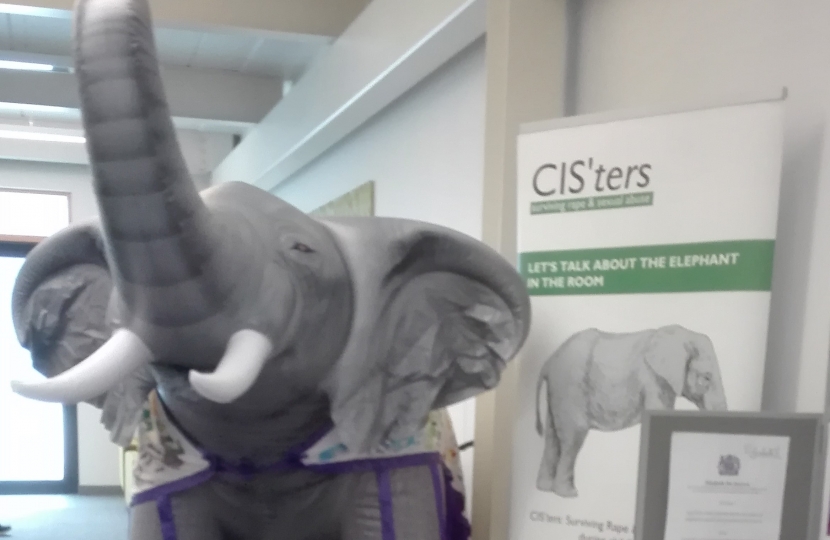 The Member of Parliament for Eastleigh, Mims Davies, has marked Sexual Abuse and Sexual Violence Awareness Week by joining a campaign highlighting that ‘it’s not okay’ for someone to make or manipulate someone into doing sexual things for the benefit or enjoyment of others.

This week’s campaign - which has also been supported by Hampshire Police – follows a meeting between the Eastleigh MP and a number of local charities last week, including Eastleigh based CIS’ters, a survivor led group for women who, as female children or teens, were raped or sexually abused by a member of their immediate or extended family.

“It is really important that we ALL make clear that NO ONE should feel that it’s OK to be pressurised or manipulated in to sexual activities in exchange for something, such as food or a place to stay.

“Hampshire Police are well known for successfully campaigning on issues such as sexual abuse and sexual violence, and I congratulate them on supporting this national campaign.

“I was also incredibly grateful to have the opportunity to meet with the CIS’ters team last week, and hear about the incredible work that they do as a local charity across our area on this issue.

“There were a number of really useful points raised during our meeting, such as women not having smear tests because of their history of sexual abuse, as well as survivors feeling unable to meet with family members as a result of historical sexual abuse from the family. I’ll be taking both of these points up with my Ministerial colleagues.”

Gillian Finch, who set up CIS’ters in September 1995, said:

“It takes tremendous courage to reach out and ask for help. Society judges us as survivors for staying silent, usually for decades, but when you are sexually abused within a family there is often no one you can turn to.

“Life is never the same again. Trust issues, health inequalities, relationship difficulties. A reluctance to now care of an elderly relative who has harmed us as children. All of this is so easy to understand, but only if you want to hear the unbearable truth.”