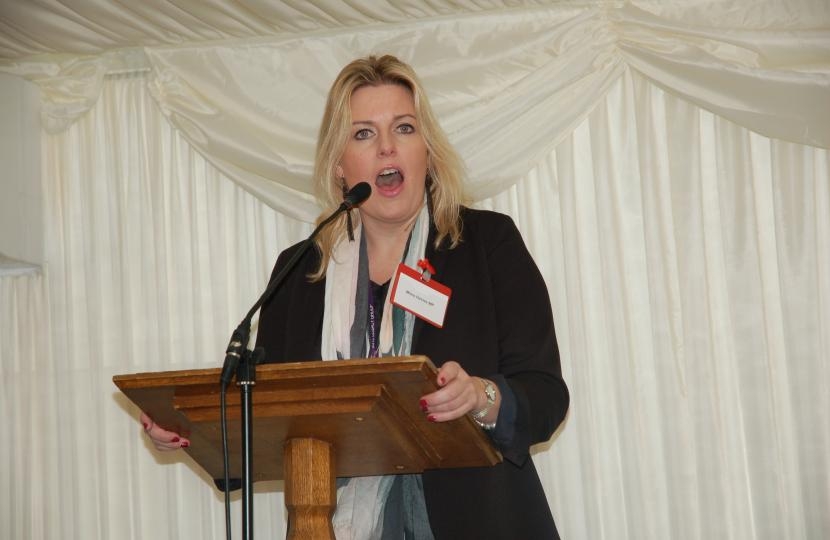 Yesterday the Prime Minister, Boris Johnson, reached a new Deal with the EU, which, if accepted by the House of Commons in a vote this Saturday, will mean the UK leaves the EU on the 31st October.

I do understand and fully appreciate some voters want still to remain and have not changed their minds either. But more than 3 years on this merry go round can’t continue. It’s divisive and continues to cause concern to me that if we cannot move forward this will increase and continue to undermine our communities and our country.

Moreover, as the Member of Parliament for Eastleigh, local people I have spoken with tell me time and time again that they want to see Brexit done, but they want to be sure that as we do so we are able to deliver fully on the referendum result:

Similarly, many local people have contacted me with concerns over:

Meanwhile, local businesses – including Prysmian and GE Aviation - tell me they support the Government securing a Brexit Deal to end the uncertainty.

That is why the new Prime Minister and the Government has been working non-stop to get us a deal encompassing this broad section of views while ensuring we can leave the EU on the 31st October.

This new Deal importantly delivers on the priorities above, while vitally protecting jobs and the economy that we as a nation have worked so hard to build up from the ashes of Labour’s recession.

Crucially this deal brings forward previous reassurances while removing areas that MPs and others had sincere concerns over. This includes, despite many saying it wasn’t possible, the removal of the so called ‘Backstop’.

It also means that four years after the end of the transition period (which runs out in December 2020), members of the Northern Ireland assembly at Stormont will vote on whether to keep the rules in place.

These changes have been endorsed by Nobel Peace Prize winner and former Northern Irish First Minister David Trimble, who was central to securing the Good Friday Agreement, which he says this new Deal is fully in accordance with.

All of this is why I will be supporting this new Deal tomorrow, a Deal that protects our economy, secures the rights of EU citizens in the UK and UK citizens in the EU, and ultimately delivers fully on the result of the EU Referendum in 2016. Passing this Deal tomorrow will also enable us to ALL move forward on to other every day issues that we need to get on with, investing in our world leading NHS, levelling up school funding, protecting and improving our environment, putting 20,000 extra police officers on our streets and much, much more. This is what constituents tell me they want this Government to do, local businesses tell me they want Brexit done so that we have certainty, and as Eastleigh’s MP I will be voting for this Deal tomorrow.

Member of Parliament for Eastleigh