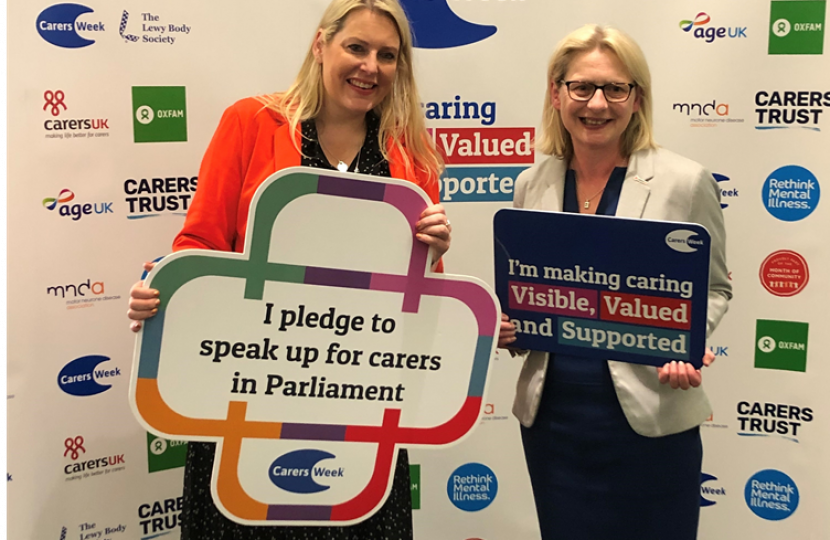 Whilst at the event, Mims met with unpaid carers to hear more about their personal experiences of caring and the challenges they are currently facing.

Commenting, Mims said: “As someone who has experienced the challenges carers face, I understand the impact it can have on every aspect of your life, including your mental health and wellbeing. I’d like to thank Carers UK for continuing to shed light on the issues carers are facing and was pleased to be able to show my support for carers by attending this event.”

New research was released by Carers UK today which details the rising pressures being experienced by unpaid carers.