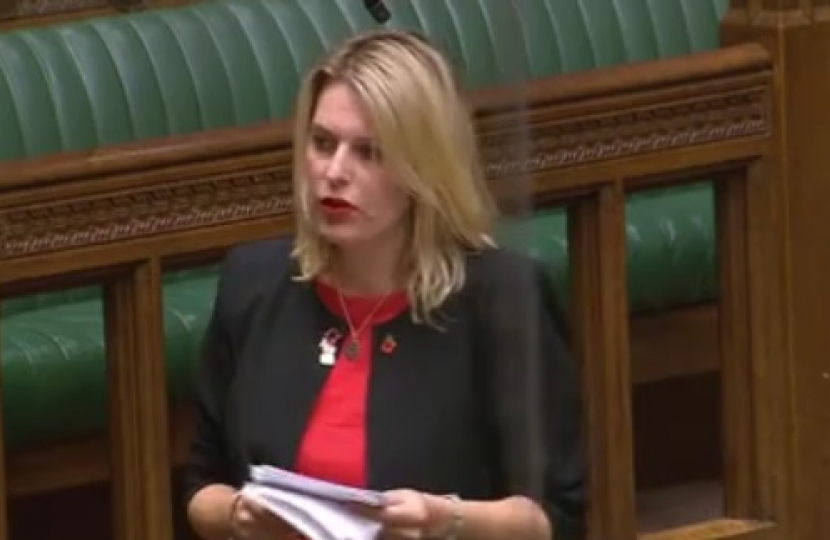 The Member of Parliament for Mid Sussex and Employment Minister, Mims Davies, has welcomed the latest employment figures from the Office of National Statistics. The figures show the employment rate is at a record high and those out of work has also fallen. In the Queen’s Speech today the Government set out its ambition for a new Employment Bill which will guarantee UK workers all rights currently given under EU law and look to enhance them where possible.

The South East as a region has the lowest level of non-working households in the country, at less than 10%, and is one of only three regions which makes a net contribution to the exchequer. In Mid Sussex there have been 34% fewer claims for in work benefits since the Conservatives came into power in 2010 with the Government keen to help more people get into work and bring home a good income for themselves and their families.

“I’m really pleased as the Employment Minister that the rate of employment has hit a new record high in the three months to October, rising to 76.2%. This is great news for our economy and for the whole of the UK. The number of non-working households in the UK has now also fallen by over one million since 2010 meaning more people bringing home pay packets and providing for their families.

“By 2024 the National Living Wage will rise to £10.50 an hour and this will mean a pay rise of over £4000 per year compared to 2019 for full time workers on the lowest pay. Paired with freezing VAT, income tax and cutting national insurance contributions the People’s Conservative Government is on the side of the workers and the lowest paid in our society and I’m proud to be part of a team which is making these important changes.”

“There's talent up and down this country - three-quarters of employment growth in the last year has been outside London and the South East.

"I'm looking forward to getting Brexit done and unleashing Britain's potential, levelling up opportunity across the country."