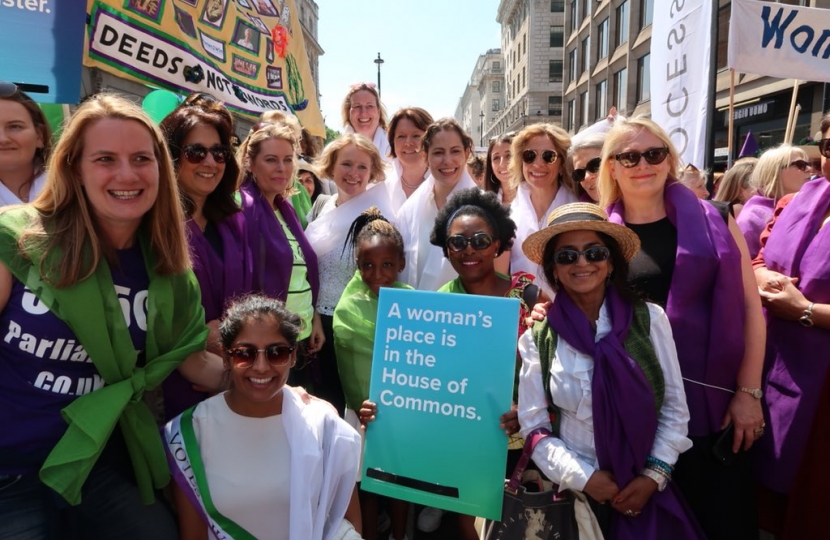 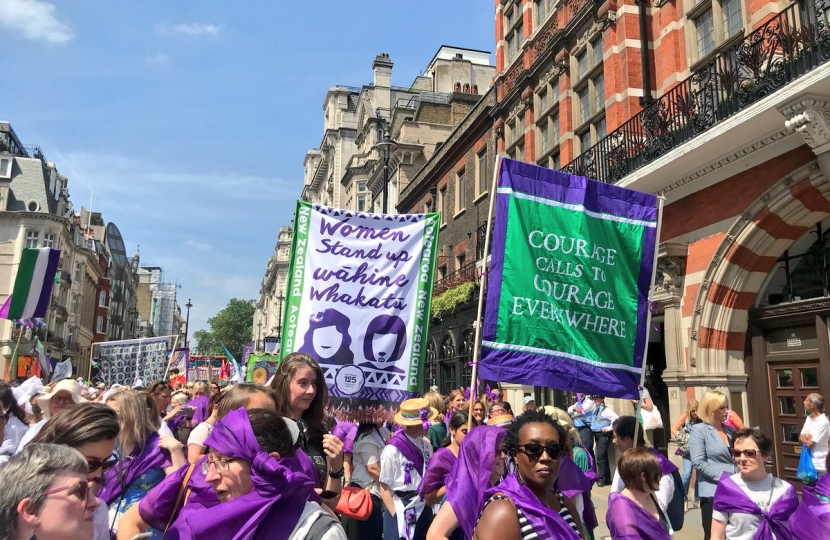 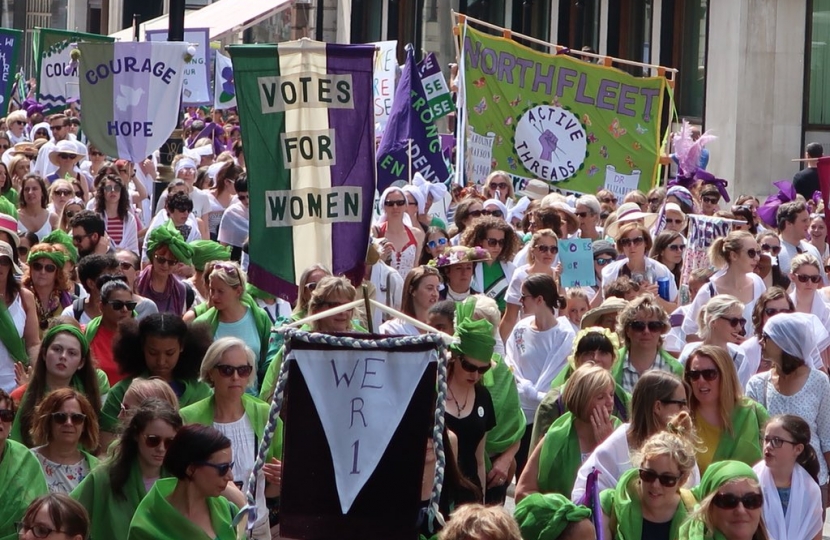 Mims Davies, MP for Eastleigh, attended the PROCESSIONS project in London on Sunday 10th June, representing her Eastleigh constituents with thousands of participants dressed in suffrage colours of green, white and violet.

Mims marched with Leader of the House of Commons Andrea Leadsom MP, Minister for Women Victoria Atkins, as well as the Chair of the Women & Equalities Select Committee Maria Miller MP for Basingstoke.

‘I was very excited to represent Eastleigh at this event to celebrate the #Vote100 centenary milestone, and to also to celebrate with my two daughters what it is to be a woman in the 21st century.

‘As the first woman to be elected as Eastleigh’s MP, and as the 380th woman to be elected to Parliament ever, I have continued to speak out for equality in debates, when sitting on the Women & Equalities Select Committee, and as the former Chair of the APPG for Women in Parliament. We have come a long way but there is still so much that must be done to support women in Eastleigh and across the UK.’

‘It was a great chance to make a banner and join a huge community of people celebrating progress – and I welcome any local groups or individuals to get in touch with me if they have any photos from their celebrations on the day.’

Mims is now looking forward to attending a “Pankhurst Party” on the 15th July with all female Hampshire MPs as part of ongoing celebrations of women in public life, and in commemoration of suffragette Emmeline Pankhurst’s birthday.