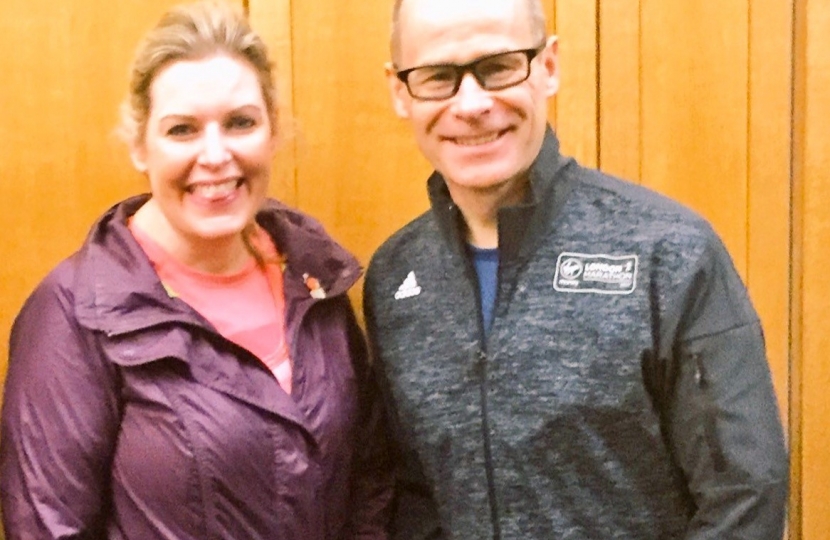 Mims is set to run the London Marathon for the first time to raise money for Cardiac Risk in the Young, a charity which seeks to reduce deaths in young people from undiagnosed heart diseases.

Mims Davies said “I am thrilled to be running in this huge event to support Cardiac Risk in the Young – an organisation which does brilliant work to tackle tragic deaths such as the death of the daughter of two of my constituents Graham and Ann Hunter.

“I am squeezing in training sessions around my very busy work as the MP for Eastleigh because this is too good an opportunity to miss to promote this great charity and all the work that they do to save lives. I will be running the Eastleigh 10k in March as part of my schedule and run the Brighton Half marathon this weekend as my first 2017 test of reaching the key half way mark.”

The London Marathon on the 23rd of April will see MPs join with other runners as they raise money and awareness of the causes close to them.

Mims Davies has long supported increasing the numbers of defibrillators in public places as they save lives and dramatically increase survival rates.

Mims Davies is also Parliamentary Private Secretary to Rt Hon Matt Hancock MP – a Minister in the Department for Culture Media and Sport.

As the former Chair of the All Party Parliamentary Group for Running in Westminster, and having proudly completed in the London Marathon in 2017, Mims is a committed advocate of all sport both for fitness and for fun.