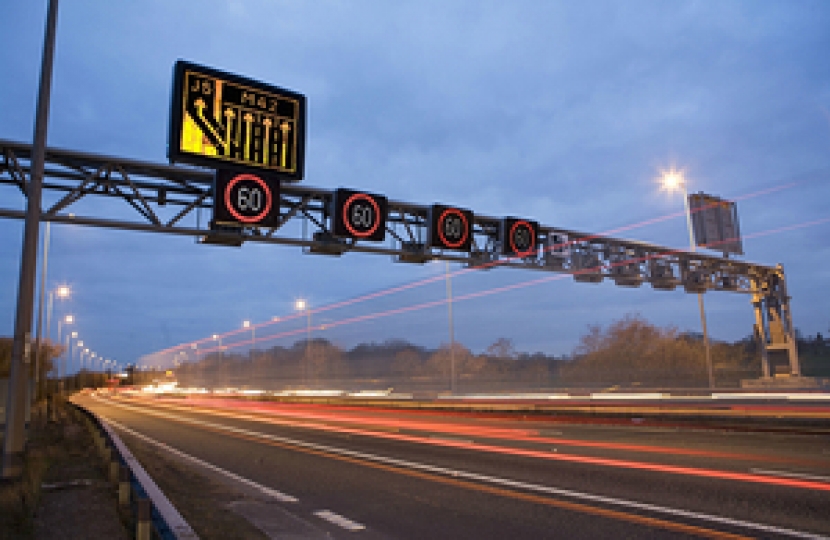 Today, it has been confirmed by the Government the rollout of our new smart motorways will be paused, while we invest £900 million to upgrade existing schemes, in order to ensure we are increasing drivers' confidence and safety on our roads.

The introduction of smart motorways followed the publishing of initial data which showed that these motorways, without a permanent hard shoulder, were among the safest roads in the country. However, I know many people, including several constituents who have been in touch, continue to have concerns, and I have been raising these with Ministers in the Department for Transport. Like many, I believe it's absolutely pivotal we ensure people feel safe using our motorways.

DfT has already undertaken a stocktake of the smart motorways network, reviewing their safety. As I have explained to constituents, this evidence, which was published last year, showed that overall, smart motorways are in many respects equally as safe, or even safer, than conventional motorways. However, it also suggested the risk of a collision between a stationary and moving vehicle is higher on smart motorways.

That is why we are pausing the rollout of new smart motorways until a full five years’ worth of safety data is available, while we also invest £900 million to improve safety on existing all lane running smart motorways, including £390 million to install over 150 extra emergency areas – a 50 per cent increase in places to stop by 2025.

I'm pleased the Government have come to this sensible, measured decision, which is in the best interests of our drivers and infrastructure going forward, and I really do hope this comes as more welcome news to constituents who have been contacting me on smart motorways to raise their thoughts and concerns.

To read more, please visit the Government's page at https://www.gov.uk/government/news/smart-motorway-rollout-to-be-paused-…