My thoughts on Assisted Dying 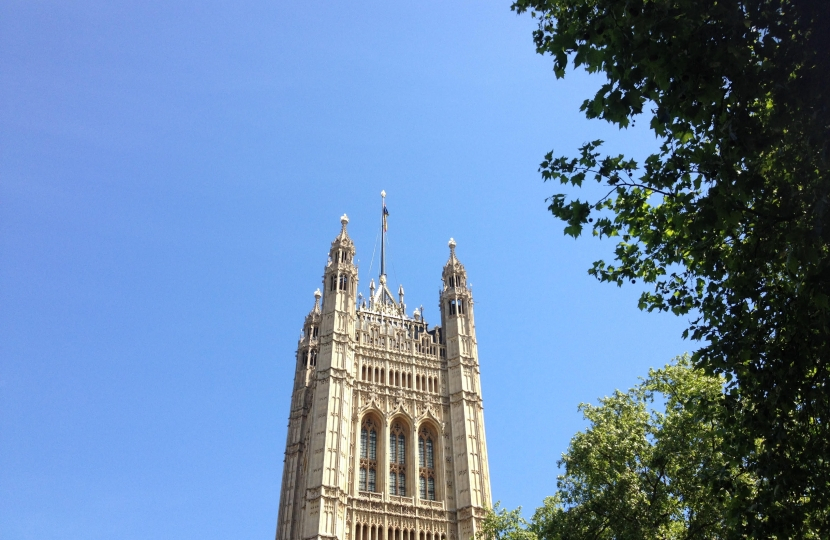 On 4th July a debate was held in Westminster Hall on assisted dying.

This debate followed a petition calling for assisted suicide to be legalised receiving over 150,000 signatures.

I cared for both of my parents in the later stages of their lives and our family was affected by a life changing brain injury which my father sustained at after being attacked at work.  He went on to live a further 25 years in diminishing health and was lucky to survive such a catastrophic injury.

I truly do understand how hard it is for loved ones to see someone suffering, particularly over a prolonged period. Coping with long term or terminal illness is distressing and difficult, both for the patient and their families. These cases are truly moving, evoking the highest degree of compassion and emotion and I recognise no situation is the same.

The last time assisted dying was voted on in the Commons was in 2015 when the Assisted Dying Bill was debated as a Private Members’ Bill. The Bill was very narrow in scope and did not contain the vital safeguards that are necessary. The main issue I found with this Bill was that it would have allowed an individual diagnosed by two doctors as terminally ill and reasonably expected to have six months or less to live, to request assistance with ending their life. This did not sit comfortably with me. I have had friends and constituents who have been in this position including my father but have managed to overcome their battle and are now fighting fit or have had a greater quality of life for much longer than predicted or expected.

I am aware that the Director of Public Prosecutions (DPP) published guidelines primarily concerned with advising the Crown Prosecution Service (CPS) prosecutors about the factors which they need to consider when deciding whether it is in the public interest to prosecute a person for assisting or encouraging another to commit suicide.

The House of Commons has discussed the DPP’s guidelines, and these were unanimously commended as being a compassionate and measured way of dealing with one of the most emotionally charged crimes in the statute book. However, they do not change the law; assisting or encouraging suicide has not been decriminalised.

The DPP further clarified the CPS Policy on the likelihood of prosecution of health care professionals, to specify that the relationship of care will be the important aspect and it will be necessary to consider whether the suspect may have been in a position to exert some influence on the victim.

I believe the application of the law should be flexible enough to distinguish the facts and the circumstances of one case from another. To this end, the DPP’s policy offers important and sensitive guidance.

I fully accept that suicide, assisting or encouraging suicide, assisted dying and euthanasia are all subjects on which it is entirely possible for people to hold widely different but defensible opinions. This is why the substance of the law in this area is not a matter of party politics but of conscience, and any vote would be a free one should the law in this area ever be altered.

I accept that there are imperfections and problems with the current law, but I think that these can be dealt with sensitively and sensibly without having a new law. Although the DPP’s policy makes clear that assisting a person to die is still illegal, I am worried that by not prosecuting those assisting in the suicide of others we will encourage demands for legalising assisted dying. The lives of the terminally ill, the frail and those with incurable conditions are of equal value to anyone else’s. They deserve equal protection under the criminal law and in regard to not feeling a ‘burden’ on their family. I know my father often felt like this when it was simply not the case.

The Assisted Dying Bill, a Private Member’s Bill (PMB) introduced by Baroness Meacher earlier this year, provided an opportunity for Parliament to consider it afresh. The Bill sought to enable adults who are terminally ill to be provided at their request with specified assistance to end their own life. The Bill failed to complete its progress before Parliament was prorogued earlier in 2022 and, as such, will make no further progress.

I was unfortunately unable to attend the debate on assisted dying, however I continue to monitor this issue and fully engage with constituents, charities and interested organisations and groups.

The neutral stance taken by the Government on this subject means that such any legislative change would have to be made via private Members’ legislation.

It was confirmed in the debate that NHS England is meanwhile developing an ambitious programme focused on transformational approaches for the next five years. The programme will build on the work of the palliative and end-of-life care strategic clinical networks, which sit across the seven regional footprints. The Government recognise that high-quality palliative and end-of-life care should include the opportunity for individuals to discuss their wishes and preferences so that they can be taken fully into account in the provision of their future care—also known as advance care planning. This I strongly support and believe in.

I will continue to closely follow this really important issue and keep my constituents updated on any further Parliamentary developments.