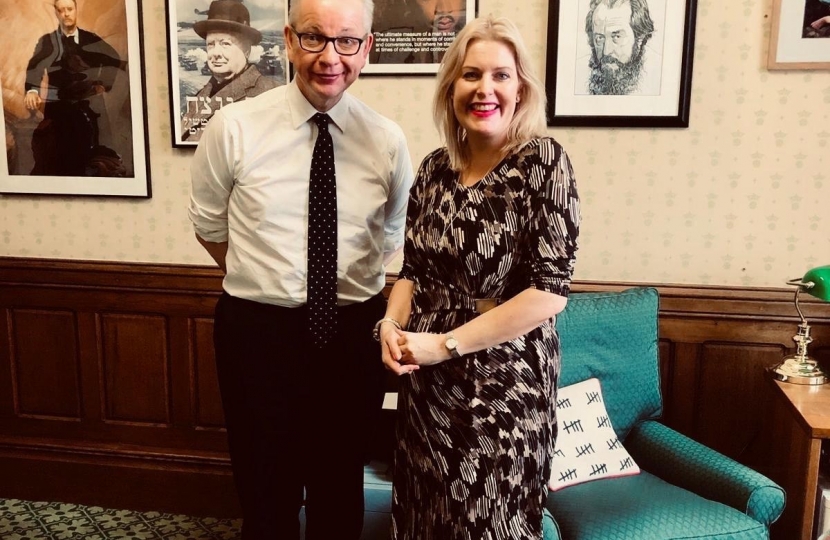 The Member of Parliament for Eastleigh, Mims Davies, has highlighted the importance of biodiversity in the UK. There are now over 40 million fewer birds in the UK than there were 40 years ago, and the RSPB are working to raise awareness of this important issue. To this end they have recently released their new single ‘Let Nature Sing’ made up of bird song to help raise awareness of this decline.

“Nature and our wildlife is so important to all of us across the constituency. Learning that there are 40 million less birds today is concerning but it’s good to see charities are trying to raise awareness and that the Government is acting. The forthcoming Environment Bill will mean that all developers have to leave the local environment in a better state than that which they found it in, this is one of a range of measures aimed at stopping the netting of bushes used by birds for nesting which has happened recently."

“I also recently met with the Secretary of State for the Environment, Food and Rural Affairs, Michael Gove MP, to discuss environmental issues including biodiversity, ancient woodland, animal rights and the Environment Bill. Having worked in the Department for nine months I know how important it is that we protect our environment. The RSPB are doing great work raising awareness of this cause and it’s good to be able to lend my support to their Let Nature Sing Campaign.”