‘No one with diabetes should feel forgotten, isolated and alone’ – Eastleigh MP & Loneliness Minister Mims Davies 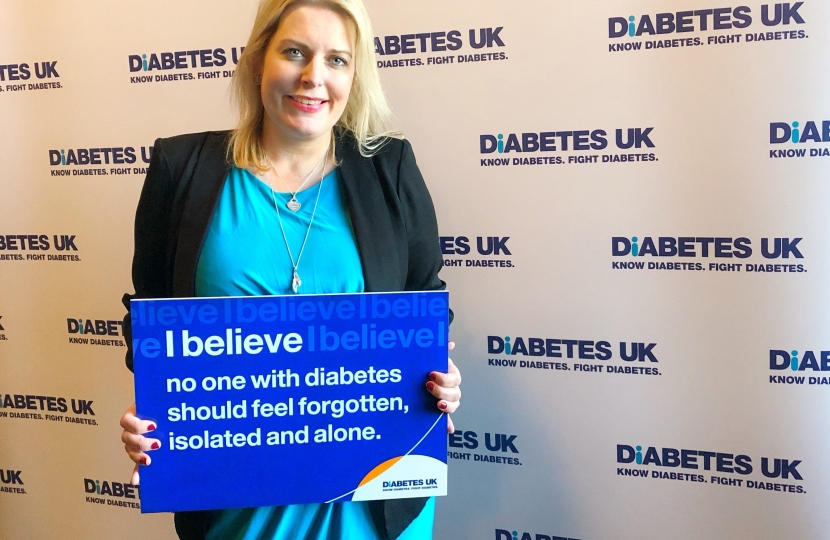 The Member of Parliament for Eastleigh, Mims Davies, has been raising awareness of Diabetes. In support of Mental Health Awareness Week, the MP for Eastleigh attended the Parliamentary launch of Diabetes UK’s new report looking at the links between diabetes and mental health hosted by Luke Graham MP.

The launch included a speech by Secretary of State for Health, Matt Hancock MP reflected on Diabetes UK’s calls on health services in the UK to create national standards for diabetes emotional and mental health support.

“Almost 4 Million people in the UK are living with diabetes and at least four in ten people living with the condition experience mental health problems, such as depression, anxiety and diabetes distress.

“Having friends with diabetes and having met with constituents locally living with both type 1 and type 2 diabetes, ensuring that people with diabetes get the support they need – including mental health support – absolutely continues to be a priority for me.

“Our physical wellbeing has a huge effect on our mental health and vis-versa. That’s why it is so vital that during Mental Health Awareness week we pay attention to the emotional and psychological impact of diabetes.”