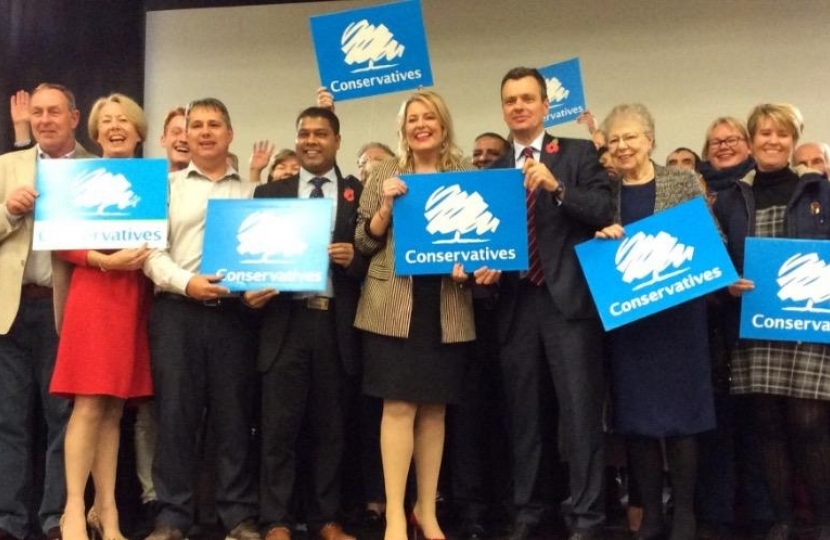 I am delighted I am the new Conservative parliamentary candidate for Mid Sussex and I will be campaigning on getting Brexit done and for better funding for our police, schools and other public services like the NHS. Today I have been formally nominated.

For those asking, I left parliament last week thinking I would never have the chance be an MP again. However, I was asked to consider standing as a local candidate, along with two others, and I have now been selected on Saturday night in a selection meeting on merit. I have been overwhelmed at the real kindness and understanding shown to me by people both privately and publicly. This has been from former colleagues in Westminster as well as local people who remember me as a local Councillor and through my work in the Conservative Women's Organisation locally.

Selection as the new candidate for this seat has immediately ended my major problem of being pulled three ways after becoming a single parent and not being able to put my daughters’ interests first alongside my commitment to public life. That was the only reason I left the Eastleigh seat, which I had personally turned to a 14,000 majority in the space of 4 years. I also believed that I wanted to allow Eastleigh to select a new candidate who was able to build on what I had achieved and was extremely proud of.

I left it not knowing what job I would have in the future and I certainly left it not thinking I would be selected for Mid Sussex, or any other seat for that matter.

So, it’s a complete nonsense I have abandoned anything or run to another constituency. I am really pleased at the way my party has been able to support and encourage me throughout my politcal career and now once again after becoming a a single mum. It's time to move on and I am now truly looking forward to fighting to be the Conservative MP where my daughters and I live, where I have wider family and where I was a local councillor and to offer myself to the electorate to do a job that I understand in an area I know and in a way that I can continue to achieve for the community. I am very proud to be standing on December 12th.