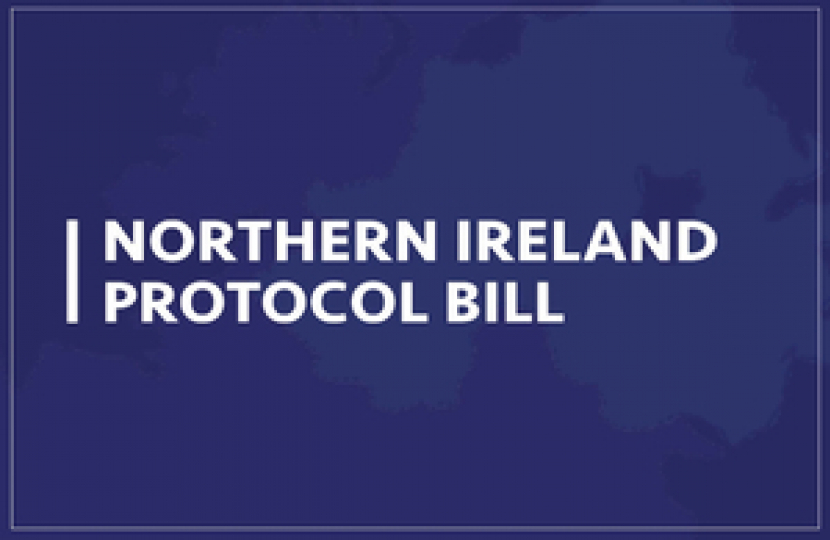 Ministers have been clear at the despatch box the Bill is a reasonable and practical solution to the current problems which is also designed to protect all three strands of the Belfast (Good Friday) Agreement, including North-South cooperation, and support stability and power-sharing in Northern Ireland.

They contest it will end the untenable situation where people in Northern Ireland are treated differently to the rest of the United Kingdom and protect the supremacy of our courts and our territorial integrity. It will also safeguard the EU Single Market and protect the free flow of North-South trade, ensuring there continues to be no hard border on the island of Ireland.

It will act in four key areas: burdensome customs processes; inflexible regulation; tax and spend discrepancies; and democratic governance issues. These problems include disruption and diversion of trade and significant costs and bureaucracy for business. They are undermining all three strands of the Belfast (Good Friday) Agreement and have led to the collapse of the power-sharing arrangements at Stormont.  The UK Government is committed to seeing these institutions back up and running so that they can deliver for the people of Northern Ireland.

We need this, it is my understanding, as the UK has engaged in 18 months of negotiations with the EU on these specific issues and the Government’s preference remains for a negotiated solution to fix these problems. However, the EU continues to insist that they will not change their position, even though their proposals do not solve the problems and in some cases would actually make them worse.  Ministers believe that the serious situation in Northern Ireland means they cannot afford to delay. It is the duty of the Government of the United Kingdom to take the necessary steps to preserve stability and prosperity in Northern Ireland, and the Northern Ireland Protocol Bill will support that.

I therefore support the current Northern Ireland Protocol Bill as matters stand, as it will remove the bureaucratic processes for businesses and establish a new “green channel” arrangement for goods staying in the UK, allowing businesses to thrive and above all act to protect jobs and sectors.