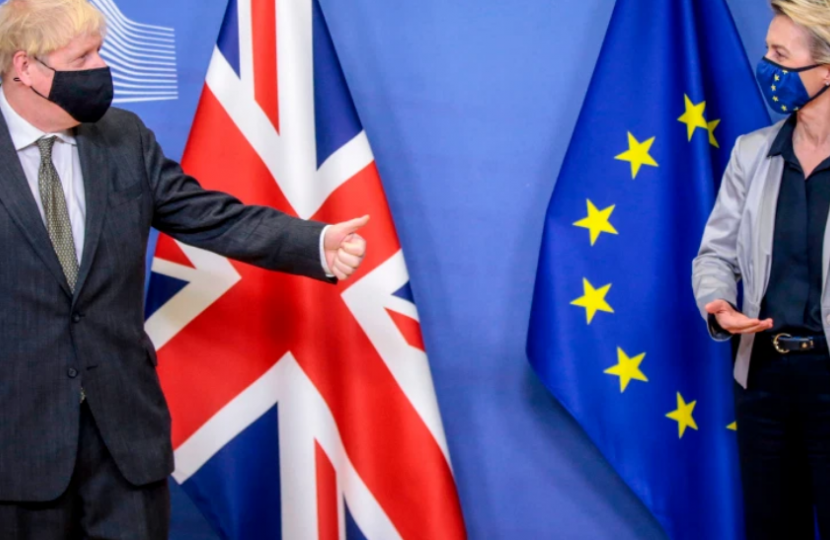 As you know, the UK left the EU on 31 January and the question now is whether we can get over the line with the EU with a long-term, deep trading relationship on the lines of the free trade agreement the EU has with Canada.

As I have said previously, the UK and EU share closely aligned interests and I am confident the determination and willingness of both parties to reach a free trade agreement will ensure the matter is brought to a conclusion by the end of 2020, as legally committed to in good faith by both parties as part of the transition period.

The Prime Minister has spoken to the European Commission President, Ursula von der Leyen, and agreement on a trade deal has not yet been reached. Both sides agreed it is responsible at this point to go the extra mile and continue negotiations in order to see if an agreement can be reached even at this late stage.

Although talks are continuing, it takes two to reach an agreement and it is possible that negotiations will not succeed. As the Prime Minister has previously explained, this means that we will have to prepare to trade with the bloc with arrangements similar to Australia’s from 1 January 2021. Businesses must prepare now for these changes.

The Government has been clear throughout the trade negotiations the of the European Court of Justice will no longer apply, we will no longer follow EU rules, that we will have full control over our borders, and we will be an independent coastal state controlling our own waters. The UK will not compromise on what it means to be a free and sovereign nation.

I also understand the concerns of many constituents about reports in the media of the French government’s position on fishing. France, as with the UK, will have its own economic and strategic priorities. This is to be expected in trade negotiations. The Government has always been clear, however, the UK will be taking back full control of its fishing waters – a fundamental principle of leaving the EU.

The UK was always due to leave the single market and customs union at the end of the year and so there is no change in this regard. Businesses would always have been required to prepare for this scenario. I would encourage you, and all constituents, to visit the following website for the most up to date information on all aspects of leaving the transition period at the end of the month: www.gov.uk/transition.

Negotiations are still ongoing day and night, and both sides are seeking a free trade agreement with no tariffs, quotas, fees or charges across all goods sectors as well as further provisions on services and security cooperation. I have been assured by my Ministerial colleagues the Government is prepared for the outcomes if no agreement is reached.

I want to be clear: the UK will leave the transition period at the end of December with or without a further agreement and I am sure we will prosper as an independent nation. We will have control over our borders, laws and fisheries and our economic and political independence will be restored.

I hope this was helpful and informative.