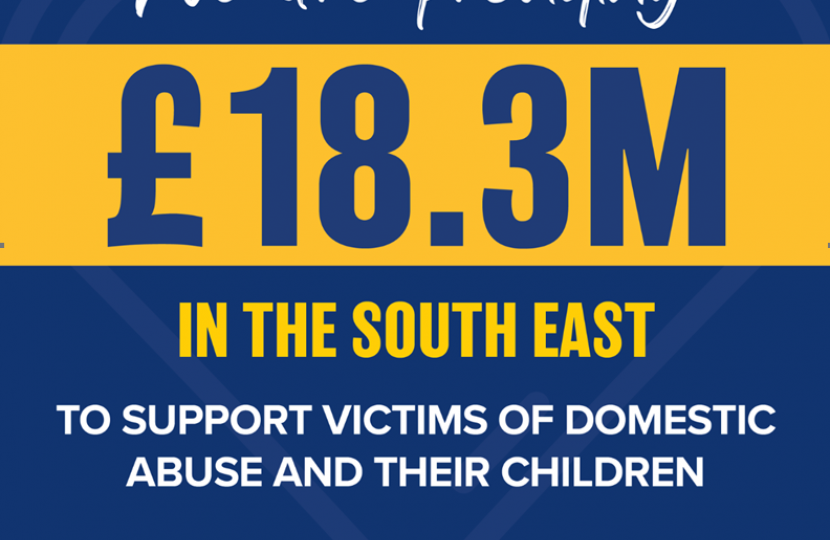 Councils across England have been allocated £125 million funding to provide support for victims of domestic abuse and their children, Minister for Rough Sleeping and Housing, Eddie Hughes MP, announced on 12 February 2021.

Under the duty, which was a key Conservative manifesto commitment at the last election, councils will be required to provide support to domestic abuse victims and their children within safe accommodation services, where needs have been identified.

It will come into force later this year with the passage of the landmark Domestic Abuse Bill, with funding announced in advance, so local authorities know how much they will receive for these vital services and can begin to plan.

This funding is part of a wider package of support for victims of rape and domestic abuse, with a £40 million funding boost for victim support services announced on 1 February 2021, building on the unprecedented £76 million pledged in May 2020 to ensure vital services including refuges, helplines and counselling remain accessible throughout the pandemic.

In January 2021, the Conservative Government also launched the ‘Ask for ANI’ codeword scheme, which provides victims of domestic abuse access to immediate help from the police or other support services from their local pharmacy.

The Government is determined to support vulnerable people throughout the pandemic, and is working closely with councils, charities and other partners to ensure they get the support they need.

“Domestic abuse is a devastating crime that ruins lives, which is why this Conservative Government’s commitment to empowering and protecting victims is so important.

“The £1,498,174 announced today for West Sussex County Council will ensure that anyone who needs to access safe accommodation and the support services they need to recover and rebuild their lives will be able to do so, and is part of a wider package of support we have put in place for victims of rape and domestic abuse.

“In taking another big step towards helping break the cycle of domestic abuse and protecting some of the most vulnerable in our society, we are transforming our response to victims and will help them move forward with their lives.”

“This is fantastic news.  I have been supporting vulnerable families in West Sussex for many years and the majority of the work I carry out as a County Councillor are with families and children who are coping with difficult lives that involve domestic violence. This money will help create a centre for men and women who will then feel like they have a safe place for them to deal with the trauma they have had to endure.”

“Domestic abuse is a heinous crime which threatens the lives of victims in their own homes where they should feel safe. So, it’s right that we’re giving victims support in safe accommodation and providing councils with money to deliver essential services that will help them and their children rebuild their lives.

“This is part of a long-term strategy to provide broader support for domestic abuse victims both in safe accommodation like refuges and in their homes.”

To read about the methodology the Ministry for Housing, Communities and Local Governments used to allocate funding to local authorities across England for the delivery of the duty, please visit: https://www.gov.uk/government/consultations/funding-allocation-methods-…