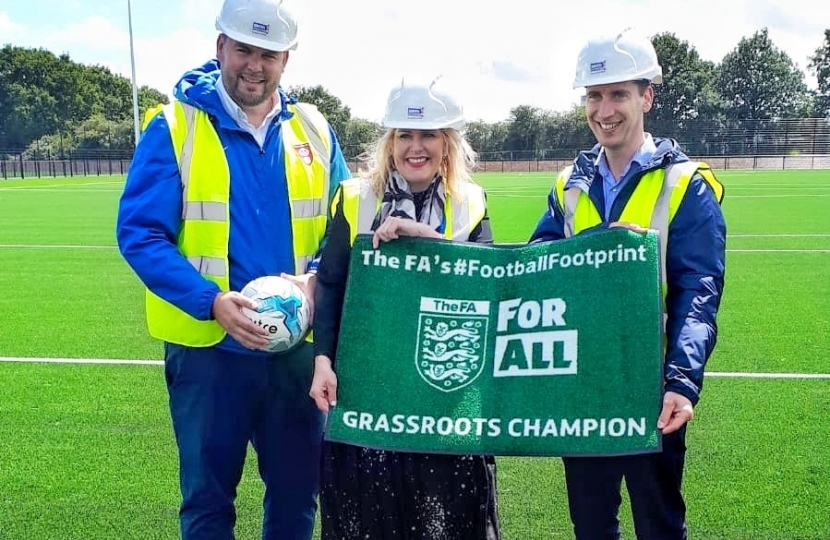 A Conservative Majority Government will put a £550 million investment in grassroots football at the centre of its plans to back a UK and Ireland World Cup 2030 bid, Boris Johnson has announced today.

The new investment, the biggest ever Government boost for grassroots football, will underline the Conservatives’ support for the bid and demonstrate its vision for the tournament as a catalyst that will unleash the power of the game at a community level and deliver a legacy to match that of the 2012 London Olympics.

This four-fold increase in investment is part of a £2 billion plan to transform grassroots football that will mean, by the time of the 2030 World Cup, every family in England will be, on average, 15 minutes from a great local football pitch – turbocharging the current 25-year programme to deliver 2,000 new AstroTurf pitches and fix 20,000 grass pitches in a decade.

The move comes in response to an audit of playing facilities that has found that only one in three grassroots football pitches in England are currently of adequate quality – an issue that led to the cancellation of 150,000 matches across the country last season.

Following the inspirational example of the Lionesses earlier this year, this investment will also support the growth in women’s football by making sure every bid includes plans to increase opportunities for female participation. And it will benefit disadvantaged communities most with 40 per cent of the investment going to the most deprived 20 per cent of the country.

This comes alongside a boost in school sport with increased investment in training for primary school teachers in PE and a new fund to improve school sports facilities to encourage their use out of hours.

"It's great news families will have greater access to football pitches and sports facilities. I am particularly pleased to hear women will benefit from this, with every bid having to ensure it increases opportunities for female participation.

"I'm also pleased young people and those from disadvantaged backgrounds will benefit, we need to make sure everyone has the best possible start in life and sport provides great opportunities for this."

“This great country is the home of football. Over the last year and a half our men’s and women’s teams have done us proud of as a country and our years of hurt are surely coming to an end.

“If elected next week with a Conservative majority, I as Prime Minister will put my heart and soul behind the case for a UK and Ireland World Cup in 2030. I want this tournament to be about more than just football. I want it to transform lives with a legacy to match the 2012 Olympics.

“Above all, I want it to be a demonstration of our ambition as a nation and our rediscovered confidence as we finally end three years of delay and deadlock in parliament.

“So let’s make 2020 the year where we break out of the shackles, get Brexit done and unleash our potential. And let’s make 2030 the year of the UK and Ireland World Cup.”