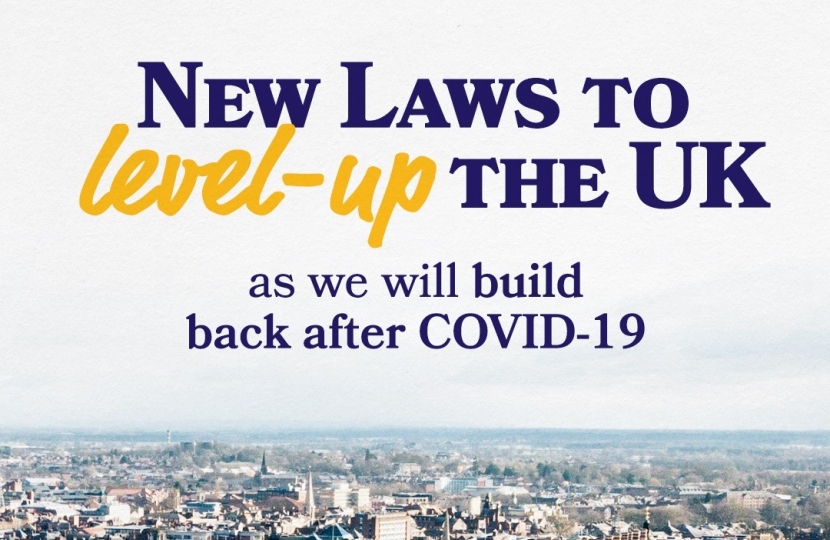 This week, the Government unveiled our new agenda for the year ahead in Her Majesty The Queen’s Speech. Our priority is to ensure the UK builds back better and stronger from the pandemic.

The NHS also remains a top priority, and this Government is committing to deliver on our promises to support jobs and business, make our streets safer, and continue to lead the global fight against climate change.

I hope constituents will have been enthused listening to Her Majesty’s speech, which it was an honour to be able to hear from the Peers lobby. We are committed to uniting and levelling up every corner of the UK.

I want to go into a bit more detail about the Speech, with a focus on relevant, upcoming Bills, below:

Levelling Up and Infrastructure

I want to finish by including a small part of the Prime Minister’s statement to the House of Commons today, following Her Majesty's Speech:

“We will continue with ever greater intensity to connect talent with opportunity - for the British people to achieve their full potential at last."

Relevant links to Her Majesty The Queen’s Speech are as follows: