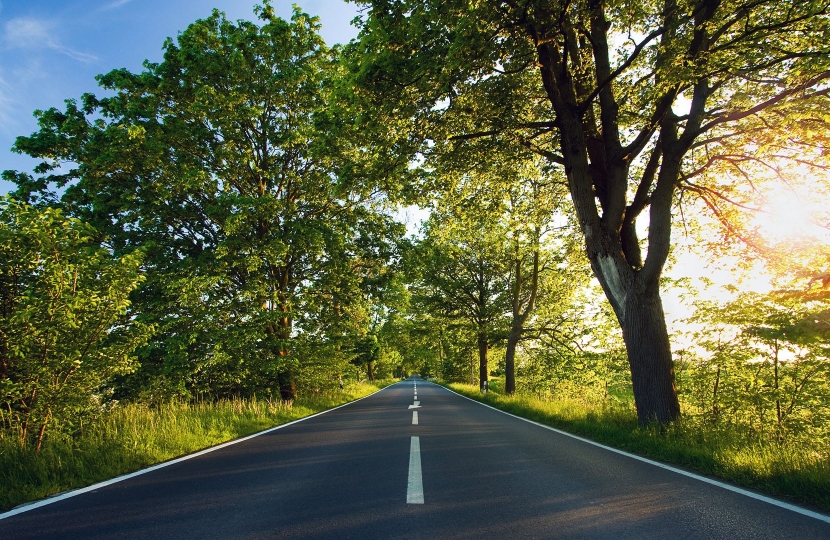 The Member of Parliament for Eastleigh, Mims Davies, has met with the Roads Minister Jesse Norman in Westminster to raise the concerns brought forward by local residents and businesses over queues and ongoing congestion on local roads across the Eastleigh constituency.

“Recently I have welcomed the investment that the Government is putting into our local road network. However, I have always maintained that there is more that needs to be done. I was therefore delighted that the Roads Minister agreed to meet with me to discuss these issues at length.”

“This area is thriving, providing new homes and new jobs, but this needs to be supported - as more people contact me about the delays and queues that they experience on a regular basis."

"More than anything else, I notice it for myself as I drive around the constituency. Delays regularly affects my diary; something my staff and businesses and families, who regularly tell me this too. Local businesses continue to share with me that the strain that this is putting on productivity could lead to them moving out of our area, and I put strong and concerning evidence of this infront of the Minister last night.”

“It is no secret that a large number of these issues have arisen as a direct result of the piecemeal development that has been given the green light by the current administration at Eastleigh Borough Council, without the necessary infrastructure to support it being put in place. Of course, the constant delays to Eastleigh’s Local Plan have only worsened this situation. It now falls to me as Eastleigh’s local MP, alongside local stakeholders, to ensure that residents aren’t let down.”

Yesterday evening’s meeting comes alongside a letter recently addressed to the Secretary of State for Housing, Communities and Local Government, Sajid Javid, from Eastleigh MP Mims Davies, in which she raised concerns over the way in which Eastleigh Borough Council has conducted the Local Plan process, and the negative impact that this has had upon the local area and all of those that live and work within it.

“I therefore welcome that, further to our meeting, that the Minister has agreed to look in to a number of the concerns that I have raised. These include how a better working and funding relationship between Highways England and Hampshire County Council could improve local roads, such as Hamble Lane, that feed into our major roads network; how the way in which funding is fed into large infrastructure projects could be improved; how cash that has not been allocated to other areas could be put towards large infrastructure projects – such as the Chickenhall Link Road - and finally, how not having a useable lorry park is damaging our local area.”

“With all of these points in mind, I am looking forward to meeting with the Minister again in the not too distant future, alongside local parliamentary colleagues, representatives from Highways England and officials from the Department for Transport to take a view of the need for local infrastructure, and the impact that this has on productivity.”

During the meeting, officials also set out why bidding for funding to support the Chickenhall Link Road had – to date – been unsuccessful. One of the reasons given highlighted that land in the centre of Eastleigh – owned by Network Rail – could potentially be used for housing.

“I was particularly surprised during my meeting with the Minister to be informed that a brownfield site in the centre of Eastleigh has been provisionally set-aside for development while investigations are carried out by Network Rail. Meanwhile, Eastleigh Borough Council have decided not to include this site within their long-awaited Local Plan - even on a provisional basis until investigations are completed - and instead moved forward with plans, against the wishes of neighbouring local authorities, MPs, local groups and local residents, to build 5,000 homes on greenfield sites, putting local wildlife and ancient woodland in danger.”