Success for Eastleigh MP Mims Davies as scheme to test expectant mothers is given the green light! 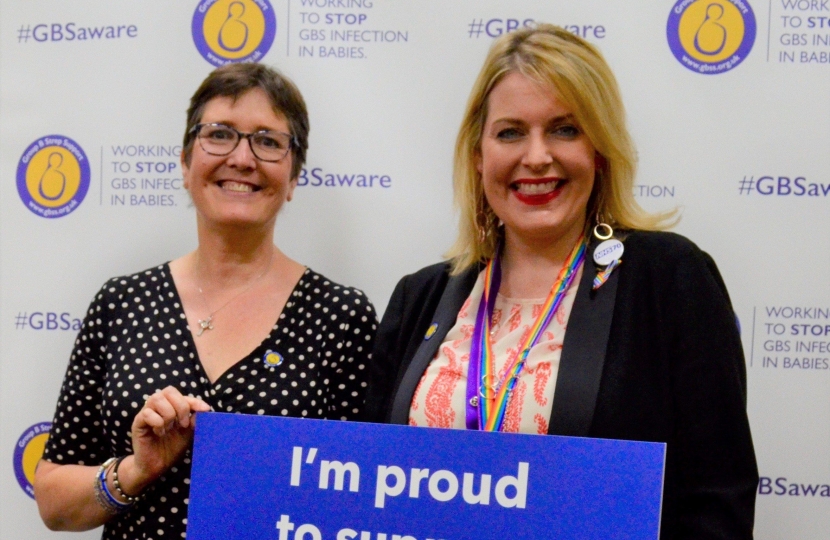 The Member of Parliament for Eastleigh, Mims Davies, has welcomed a breakthrough in a campaign that she has supported as Eastleigh’s MP which will see new testing for group B Streptococcus. Often known as ‘group B Strep’ the bacterium is very common, with 1 in 5 people carrying it, but it isn’t harmful in most cases. Expectant mothers, new babies and older people with existing frail health are those who are at risk of contracting the disease.

“Having campaigned on this issue alongside the charity Group B Strep Support and local constituents I am absolutely delighted that group B Strep is going to be tested for more widely, with 80 hospitals across England, Wales and Scotland starting the trial in the coming months.

“This is something that I’ve spoken on in the House of Commons many times and I’m really pleased that action is being taken to protect mothers and babies from this potentially deadly disease.

“150,000 pregnant women carry group B Strep so it’s absolutely vital that we take steps to ensure that it is not passed to their baby, as even though only 400-500 babies a year develop group B Strep infection, if undiagnosed it can lead to serious medical complications such as meningitis, pneumonia and sepsis. No baby’s life should start with illness and this is another step we can take to make sure that we are looking after mother and child alike.”

“This major clinical trial on group B Strep screening is excellent news. For many years it has been suggested there is insufficient evidence for testing, despite it being used to such good effect in other developed countries. This trial will resolve that issue – we hope and expect it will find what other countries have found – testing pregnant women to identify who is carrying group B Strep is far more effective at protecting newborn babies from these devastating infections than using risk-factors.

“We are really grateful to Mims for the work that she has done as the MP for Eastleigh to bring about this important trial, and look forward to continuing to work with her to improve awareness of group B Strep in Eastleigh, and throughout the UK.”