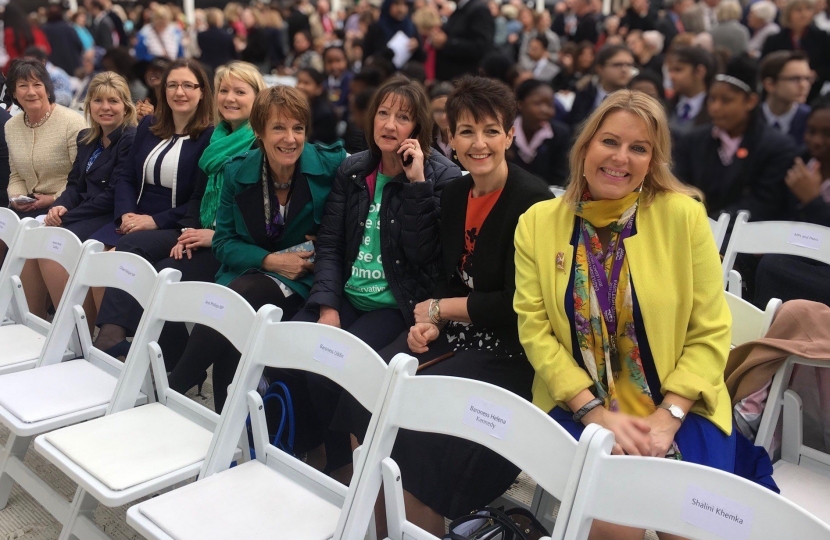 Today, one hundred years on from when the first women won the right to vote in UK elections, the Member of Parliament for Eastleigh, Mims Davies, joined colleagues from across Parliament for the official unveiling of a statue of Suffragist, Millicent Fawcett, the first statue of a woman ever to stand in Parliament Square.

“As Eastleigh’s first female MP, as only the 380th woman ever elected to Parliament, and as the former Chair of the All Party Parliamentary Group on Women in Parliament, it was an absolute honour to be present for the unveiling of this ground-breaking statue in Parliament Square.

Millicent Fawcett worked tirelessly to win women the vote, forming the National Union of Women's Suffrage Societies, and I know that having her looking over Parliament will not only inspire the female MPs already elected to Parliament, but I hope also any person who questions the ability of women to overcome barriers.

Britain has been built on the back of women across this country, it is absolutely right that women are recognised, and I hope this is the first of many statues of women to be unveiled, not only in Parliament Square, but across the UK.

The unveiling of this statue also comes as a timely reminder that women battled to win the right for us to vote in elections. Local elections are little over a week away, and I hope that everybody will be sure to make use of that vote on the 3rd May!”