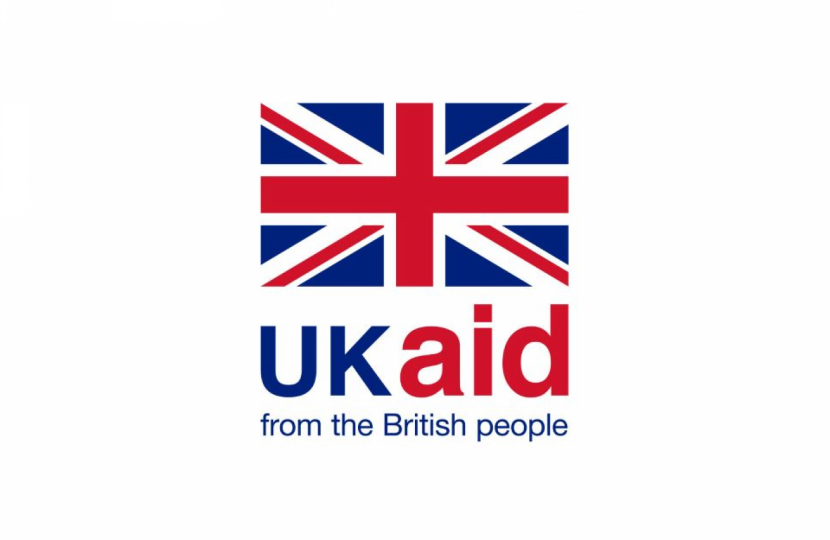 Over the last couple of weeks, several constituents have been in touch about foreign aid, expressing their concerns on the Government’s decision to temporarily reduce the UK’s Overseas Development Assistance budget from 0.7 per cent to 0.5 per cent of the UK's Gross National Income (GNI).

I also know many of you may be disappointed the ODA Amendment to the Advanced Research and Invention Agency Bill was not selected for consideration last week by the Speaker, on grounds of being outside the scope of the Bill.  The Speaker did, however, grant an Emergency Debate on the ODA, which took place yesterday.

It is important to note we remain one of the most significant aid donors in the G7, with a commitment considerably higher than the OECD average, and coupled with our expertise and convening power - the UK remains a development superpower.

Details of the UK's aid commitments are:

Nevertheless, the fact is the UK, like countries across the world, is currently experiencing its worst economic contraction in 300 years because of the pandemic, with a budget deficit double that caused by the 2008 financial crisis. At this time of unprecedented crisis, tough choices must be made, which is why my ministerial colleague the Chancellor announced a temporary reduction in the UK’s ODA budget from 0.7 per cent to 0.5 per cent of the UK's Gross National Income (GNI).

This was emphasised by my colleague Steve Barclay MP, Chief Secretary to the Treasury, when he made this point in yesterday’s debate:

“If the UK were to spend 0.7% of gross national income as ODA, it would cost the country an additional £4.3 billion this year. Given our commitment to fiscal sustainability, we could offset that either by raising taxes or by cutting public spending and “…loading ourselves with more debt now might well damage our ability to spend on aid later”

Even though I know this was a very difficult decision the Government has had to make at this time may be disappointing, I will continue to engage with my ministerial colleagues on this, and I remain confident the UK will return to 0.7 per cent as soon as the fiscal situation allows.

My Column for the Mid Sussex Times

This week is National Hate Crime Awareness Week, which is all about bringing people together, embracing our differences and working better together to make our local communities safer.