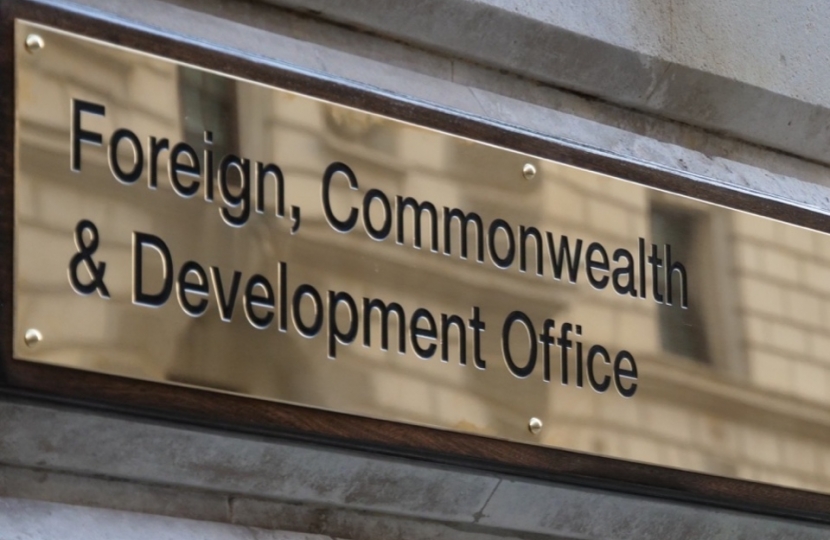 Several of my constituents have contacted me over the past few weeks expressing their concern about the situation currently developing in India, regarding Mr Jagtar Singh Johal. I fully take on board these specific concerns and I would like to reassure constituents through sharing my thoughts on the matter below.

Mr Johal is a British citizen who has been held in jail in India on terrorism charges for the past three years. I appreciate this is a desperately difficult and distressing time for Mr Johal, his family and for many in the Sikh community. Nonetheless, it is important to mention my ministerial colleagues in the Foreign, Commonwealth and Development Office tell me the Government has been active in pressing this worrying issue with the Indian government at different levels and I emphatically believe it is right we have been doing so.

In addition, in recent FCDO Oral Questions in the House of Commons, many MPs across the House asked the Government about Mr Johal and what pressure is being put on the Indian government.   I was pleased to see, on February 24th, my ministerial colleague Nigel Adams MP, Foreign Minister stress that:

“We regularly raise Mr Johal’s case directly with the Government of India, including his allegations of torture, his right to a fair trial, and concerns about delays to legal proceedings against him.”

The full transcript can be found here: https://questions-statements.parliament.uk/written-questions/detail/2021-02-19/154762

I believe Mr Johal's welfare is of the utmost priority, as is ensuring his ongoing access to his legal representatives, which is why I am glad the UK's consular staff continue to visit Mr Johal regularly.  Secondly, and crucially, I am convinced through the regular and ongoing diplomatic efforts, on the part of FCDO Ministers and officials, the UK is proving to be a strong voice in pushing for justice and fairness on issues that arise across the world.  Please know I will continue to engage with my ministerial colleagues in the FCDO on this front and will provide updates on my website as and when there are further developments.