“We all have busy lives, but we can’t continue to ignore the symptoms” Eastleigh MP, Mims Davies raises awareness of World Ovarian Cancer 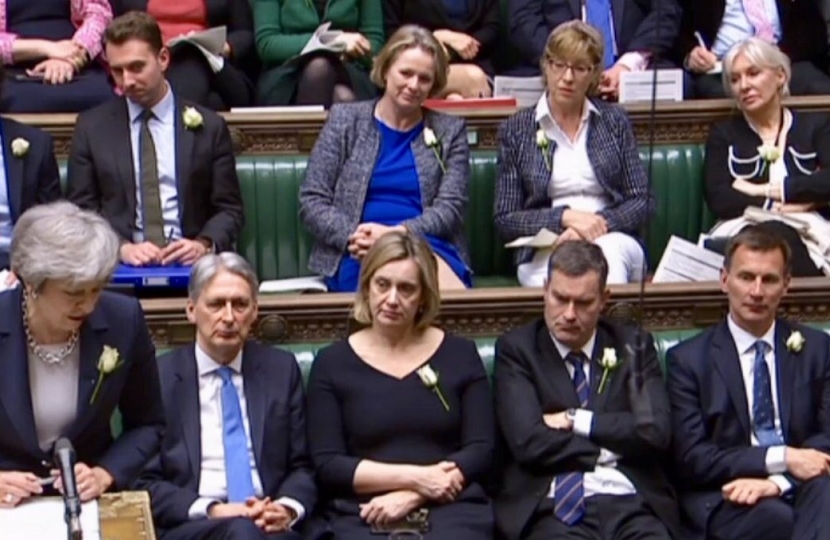 The Member of Parliament for Eastleigh, Mims Davies, has been raising awareness of Ovarian Cancer on World Ovarian Cancer Day, which took place yesterday.

The UK’s ovarian cancer research charity Ovarian Cancer Action rallied an army of volunteers across the UK to hand out 33,000 white roses with symptoms cards attached to raise awareness of the symptoms in the general public and on social media.

“As Eastleigh’s MP I am often in touch with constituents who have or are going through cancer treatment, including ovarian cancer. Having worked with local cancer charities in my area, I know how vital it is that we raise awareness, and I was delighted to wear my white rose in Parliament yesterday alongside colleagues, including the Prime Minister.

“It is truly shocking that in 2019 a woman dies every 2 hours in the UK from ovarian cancer, often because they aren’t aware of the symptoms.

“Like many of my constituents, I know how easy it is for us with our busy lives to ignore the symptoms - which include persistent bloating, loss of appetite, abdominal pain and urinary symptoms - but if we continue to do so, we will continue to put our lives at risk.

“If you are experiencing or worried about any of these symptoms, it is essential that you talk to your GP.”