‘We should ALL be able to Breathe Easy’, says Eastleigh MP Mims Davies 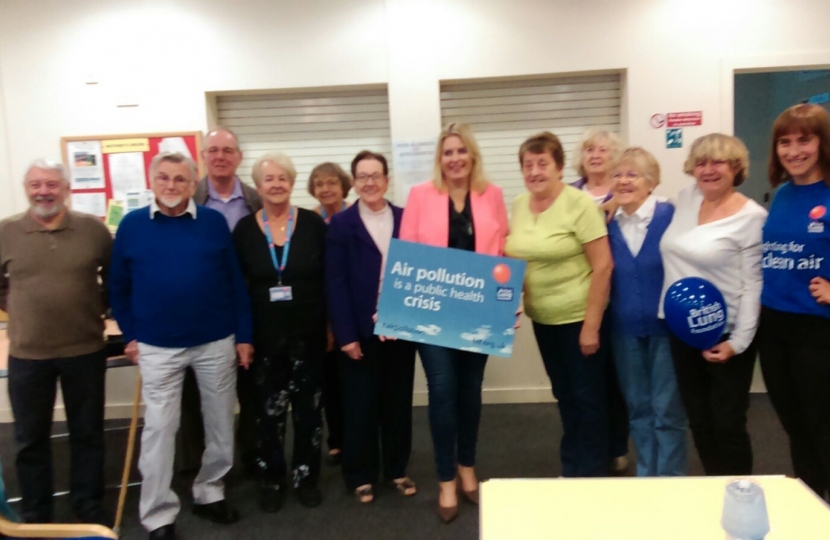 The Government plans aim to cut the costs of air pollution by £1.7 billion every year by 2020 by reducing emissions and securing clean growth and innovation.

Having worked with Ministers at the Department for Environment, Food and Rural Affairs I really welcome the launch of this Clear Air Strategy, which will protect the nation’s health and protect the environment.

As the local MP I have been lucky enough to work on the issue of air quality with local residents as well as local groups like the Hedge End Breathe Easy, while air quality and the environment more broadly is regularly raised with me by younger members of our community during school visits.”

“The first impression was of what seemed like a great plan, containing several good points on how to deal with various aspects of Air Pollution, and I am pleased that the Government, and particularly our local MP are focussing directly on this really important issue.

"That said, personally I would like to see this strategy go further still and be more ambitious, bringing forward the 2040 date, by which time our infants of today will have respiratory conditions and the epidemic will have begun.

“I have raised my concerns with Mims as our local MP, and I am grateful to her for taking these concerns forward to Ministers.”

Just as it is a priority for people living and working within her constituency, improving air quality has been a key priority for Eastleigh MP Mims Davies, and this has been reflected in her rigorous campaigning for local infrastructure improvements, securing £10 million for the Botley Bypass, £2.5 million towards improvements to Junction 7 of the M27 which will improve traffic flow in and around Hedge End, as well as improvements to Hamble Lane.