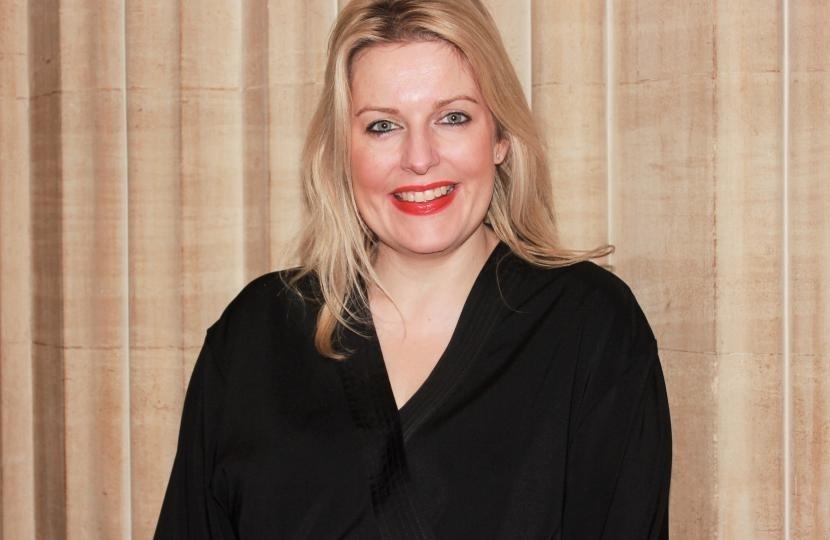 Many constituents have contacted me about food standards, agriculture and future trade. As the MP for Mid-Sussex, where farming is such an important part of local life, I am pleased to see several constituents contact me about this subject. I understand your thoughts on this and I want to provide you with the latest relevant information on this from the Government.

I am passionate about protecting the environment and am proud to have been the whip in charge in the Department for Environment, Food and Rural Affairs (DEFRA) for 9 months. During this period, I assisted with the initiation of the build of these further three vital bills - the Environment Bill, the Agriculture Bill and the Fisheries Bill.

The Agriculture Bill will allow us to introduce ambitious new land management schemes in England, based on the principle of “public money for public goods”; rewarding farmers and land managers who protect our environment, improve animal welfare and produce high quality food in a more sustainable way. The Bill will also help farmers to stay competitive, with measures to increase productivity and invest in new technology. We will also improve transparency in the supply chain to help food producers strengthen their position at the farm gate and seek a fairer return from the marketplace.  British farmers need stability and certainty, which is exactly what this Bill will deliver. This was highlighted during my previous meeting with representatives of the NFU.

With its focus on supporting productivity, this Government’s Bill will help the sector realise the ambition we all share of growing more, selling more and exporting more great British food. Food and farming are the bedrock of our economy and environment, generating £112 billion a year, helping to shape some of our finest natural habitats and landscapes. The opportunity to leave the Common Agricultural Policy behind and move towards a bright future for farming is one of the chief benefits of Brexit and this Bill will make this future a reality. I am delighted this Government will continue to commit the same cash total in funds for farm support until the end of this Parliament.

Amendments to the Bill

Amendments to the Agriculture Bill, NC1 and NC2 would, if passed, have significant unintended consequences which go beyond our current standards on food imports, including affecting UK exports to countries where we have not yet signed a continuity agreement. The supply of certain products would be severely disrupted, if goods that meet our current import standards were to be blocked, including goods we import now from the EU. For example, this would risk whisky exports worth £577m a year. Another example is the impact it would have on our potato farmers – 22% of UK potato exports go to those countries with whom an agreement has yet to be signed. In addition, because of the prescriptive nature of these clauses, it is too difficult for the Government to comply before the end of the transition period.

In regard to these amendments in this bill, Farming Minister Victoria Prentis has stated in the House of Commons chamber this week that introducing further legislation changes, however ‘well-meaning’, designed to safeguard import standards in future trade deals would, in her words ‘significantly disrupt’ food supplies as they are. She went on to say it was in her view these clauses would affect UK exports to countries with whom, as part of the EU, we currently have suitable trade agreements, which would jeopardise potential continuity agreements.  The link to the full debate is as follows: https://hansard.parliament.uk/commons/2020-05-13/debates/D4889925-5B63-498E-BC68-BFCF91691C66/AgricultureBill

I have been in touch with the Secretary of State for International Trade Liz Truss MP, and we have discussed at length future trade arrangements for our country, including the subject of Beef and Lamb exports to countries outside of the EU, including the USA. I also spoke to her at the APPG on the Wine’s of GB regarding supporting local suppliers in Sussex. This will have a vital, positive impact on our farming industry in the UK, through the trading opportunities provided by Brexit.

A UK/US free trade agreement will aim to secure comprehensive, far-reaching and mutually beneficial tariff reductions, reducing the £493 million worth of tariffs levied on UK exports to the US each year. A free trade agreement with the US will enable the UK to protect its interests when threatened by unexpected surges in imports of goods or unfair trading practices, while making the appropriate commitments to transparency, due process and proportionate use of trade remedies. It will also remove trade distorting tariffs.

We are committed to our red lines – the NHS, the price it pays for drugs and its services are not for sale, and there will be no compromise on our high environmental protection, animal welfare and food standards – this was made clear in our manifesto. It is vital people across the UK have confidence in the food they eat, which is why I welcome this Government’s commitment to ensure all future trade deals live up to the values of our farmers and consumers. All food coming into this country will be required to meet existing import requirements. At the end of the transition period, the Withdrawal Act will convert all EU standards into domestic law. These include a ban on using artificial growth hormones in both domestic and imported products. Nothing apart from potable water may be used to clean chicken carcasses. Any changes to these standards would have to come before parliament.

The UK’s food standards, for both domestic production and imports, are overseen by the Food Standards Agency (FSA) and Food Standards Scotland (FSS). These are independent agencies and provide advice to the UK and Scottish governments. They will continue to do so in order to ensure that all food imports comply with the UK’s high safety standards. As such, there is no need to set up another Food Standards Commission, when the FSA has successfully fulfilled this role for decades.

I am also a supporter of the FSA’s “Regulating Our Future” programme, which seeks to modernise the way food businesses are regulated, by creating a system which is modern, risk-based, proportionate, robust and resilient. One example of the work the FSA is currently doing to tackle poor food standards is its campaign against campylobacter, the most common cause of food poisoning in the UK.

Finally, I am pleased the Government are engaging with the agricultural sector as part of its trade discussions, including the National Farmers Union. My fellow Ministers share my determination to ensure our future trade agreements will deliver benefits for our brilliant farmers and food producers.

I hope this was helpful.

Member of Parliament for Mid Sussex Mims Davies is in full support of the government’s 2020 flu vaccination plan.  In order to relieve the NHS of additional pressures this winter the government is aiming for 30 million people in England to get the free flu vaccination – twice as many as were vacc